A new massive open online course (MOOC) has launched for IT and cybersecurity students and professionals, the first to offer introductory and advanced classes in this subject area for free. Cybrary.IT aims to bring highly sought-after and crucial cybersecurity skills training to underserved individuals at no cost — and change IT and cybersecurity training in the process. The initial set of courses focus on skills that can lead to entry-level jobs, such as A+, Network+ and CCNA, and advanced skill sets, such as Microsoft’s MCSA, CISSP and Advanced Penetration Testing. IT Business Edge Managing Editor Kachina Shaw talked with Cybrary.IT co-founder Ryan Corey about the site’s goals.

Shaw: Who is your target audience for Cybrary.IT?

But beyond that, to put it bluntly, we wanted to create a product for people who are underserved or unserved. Education and education reform are my big passions. In one of my classes when I was at Boston University, Foreign Direct Investments, we learned that these efforts fail because of human capital, because of a lack of the necessary advanced level of information technology knowledge to run the infrastructure put in place. Education is a socio-political flaw in developing nations. So we want to make sure that everybody has access, we want to put developing nations at the forefront, while treating all users the same. 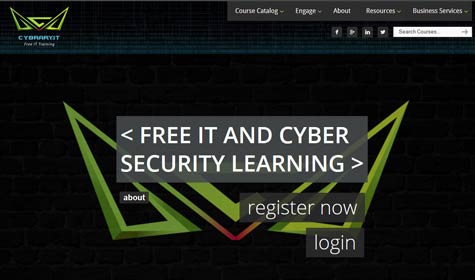 Shaw: And so how many users are in the U.S.?

Corey: Right now, 37 percent of the overall registered member base is in the U.S. We have registered members in 154 countries so far, after launching Monday of last week. We began by inviting a test audience, who started the week prior. As of January 20, we had 10,000 users.

Shaw: And with the current focus on gender issues in tech employment, do you have stats on the number of males and females signed up so far on the site?

Corey: Within our target demographic of Millennials, I think the gender gap is getting closer together. Since 2003, which is when I started working in this area, it has always been about 95 percent male in tech education. On Cybrary.IT, the users are 86 percent male, and the fact that it is an open resource will help a little bit, I think. We are taking notes on a range of women in tech organizations and startups, women in coding groups, and will eventually reach out to them, as they already have large user bases.

Shaw: Who are the instructors on Cybrary.IT?

Corey: We’ve launched with around 15 instructors, most of whom are seasoned instructors who teach for a variety of organizations. I personally know almost all of them, from my years working in IT education. These are IT pros. We have a mandate on experience; we require a minimum of five years of experience and at least one form of a teaching certification. For some of the classes that are very niche, we’ve pulled a subject matter expert from the front lines. For example, Joe Perry teaches the post-exploitation hacking class. That is a very niche, very advanced hacking course. And Georgia Weidman, who runs Bulb Security, teaches the advanced penetration testing class, the most advanced class on the site. She is very much in demand and teaches at all the big cybersecurity conferences.

Shaw: And, with free courses, how is the site funded?

Corey: Ah, the most popular question. We have mainly an advertising model, with a low overhead. We offer white paper download opportunities to vendors, as well as vendor webinars on pertinent topics to the student base.

Shaw: What kind of early feedback have you received?

Corey: We’ve gotten a lot of messages thanking us and telling us that they have never had anything like this available in their country, or they couldn’t afford the options that were available. Of course, social media is a primary driver, too. The number-one way for us to get new members right now is through current members, who are aggressively sharing, tweeting, and inviting others through email. We’ve also been picked up by some of the bigger names in cybersecurity, including Brian Krebs, who tweeted about Cybrary.IT.