I Saw the Future at NVIDIA’s Emerging Companies Summit

6 Devices Poised to Disrupt Your Network in 2016

NVIDIA’s Emerging Companies Summit (ECS) is a fascinating event and process. NVIDIA uses ECS to identify small companies that are using their technology in interesting ways and to help them get noticed and get funding. While NVIDIA kicks in $100,000 for the winner of a contest for who has the most marketable solution, that’s just a fraction of the funds that are available to the right firm. I’m a judge at the contest and this gives me a unique look into the firms and their potential. This year, we had an international group of firms with impressive advancements in analytics, robotics, drones and intelligent systems.

Let me talk about some of the of the outstanding firms we saw this week.

The winner of the event was a firm out of Barcelona, Spain. Sadako created a learning system to sort recyclables, and a unique robotic arm to reach in and pull certain materials out of a recyclable trash stream with high accuracy. One of the problems the U.S. is currently dealing with is that once-profitable recyclable efforts have become unprofitable because China, the largest consumer of the resulting materials, only wants presorted, clean material. The revenues from these efforts have cratered because of the costs associated with cleaning up what people discard. This technology is not only potentially very profitable for the firm, but is critical for a world drowning in its own trash.

My favorite firm was Analytical Flavor Systems, the creator of Gastrograph. This was a fascinating deep-learning analysis system for formulas specifically focused on stuff we consume. Gastrograph could break down a liquid into its highly detailed flavor components and then point to things that were changing that flavor. This not only had uses for quality control of wine, beer, soda, etc., but it could give producers the information they need to optimize whatever they make. A few years ago, I tasted a $100,000 bottle of wine (well, actually we drank the entire thing without realizing what it was worth), and it was amazing. This tool could help a winery duplicate that flavor.

One of the most interesting firms is a company called Entropix, which is producing a cloud service that can take pictures from the current crop of multi-sensor smartphone cameras and give them the quality of a custom 8K or 16K camera with a massive telephoto lens. You’d take a picture or a video, upload it to the service, and you’d get back a picture with a level of detail you couldn’t even see with the naked eye when you were taking the picture. This technology would also work with footage from special security cameras. For instance, here in San Jose where the show is, they’re having a massive graffiti problem with a gang of kids aggressively tagging public buildings. They have security footage but the resolution isn’t sharp enough to identify the criminals. With this technology, and the right camera, these folks could be caught. 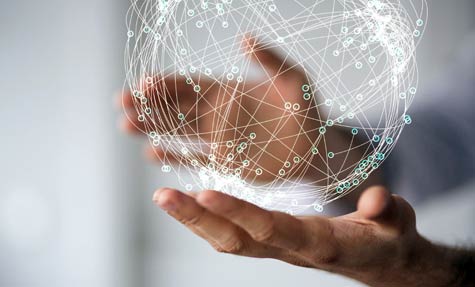 Perhaps the technology that gave me the most pause was Horus Technology. This technology could help the blind function as if they had sight. This was another deep-learning implementation tied to a headset with a camera and speaker. The headset would convey to the user what the camera was seeing and, using special sound, the location of the object it was describing. Crosswalks, cars, and even people could be identified, allowing a blind person to better navigate a world designed around the sighted. This technology wouldn’t only benefit the blind, however. It could also be used as a teaching tool to learn words for things and even convey what to do with the things it sees.

Linkface is a deep-learning facial recognition program that promises incredibly high speeds and almost unbelievable accuracy. The tool would be capable of looking through disguises and it could be one of the most powerful tools currently entering the market for catching criminals and terrorists. But it could also be used to identify employees as part of a building security solution and to identify customers as part of an in-store customer affinity program, while also alerting store staff to known thieves. In short, it could make firms more profitable and all of us far safer.

Wrapping Up: Changing the World

This was just a small subsection of the companies that got up on stage and those that had showcases at the event. As you can see, we are moving into an era where ever-smarter deep-learning systems will be analyzing and changing the world we live in, making it safer and more enjoyable.