HP and Meg Whitman: A Year in Review

HP is a fascinating company, but mostly from the outside. Given the number of layoffs and executive changes the firm has enjoyed over the years, I know far more ex-HP folks than actual HP employees now. Meg Whitman took over the company after a failed run for California governor and I think we can categorically say she would have failed as governor had she been elected. This isn’t a hard call, as her predecessor, who was far more moderate, largely failed, and with the other branches of the state government held by the opposing party, it would have taken someone like Steve Jobs or Bill Clinton to pull that off.

Now from an employee standpoint, Whitman is better than Mark Hurd and Carly Fiorina. From an investor standpoint, she lags Hurd (at least tactically), and lags Fiorina on vision. Feedback from customers has been varied; some are clearly impressed with her celebrity but the vibe I tend to get is more like what I’d get if asking about a politician than a CEO. Organizationally, she’s been all over the map.

Let’s look at Meg Whitman at HP this week.

In general, given how much Hurd was hated, the employees at HP like and respect Whitman. She has one of the strongest HR heads in the industry and, despite an excessive number of layoffs, she appears to be well regarded. That is not trivial. Typically, both the number and method that Whitman uses to reduce staffing turns the employees against the CEO. That doesn’t appear to have happened in this case. I think this is mostly due to her having one of the best HR VPs in the industry, an important skill to retain.

Whitman presents very competently and appears to both rehearse well and deliver a powerful speech, when given a good script. And these scripts have improved. At first, she was known for her lack of content. Over time, she has improved her scripts to actually say something meaningful. I think she looks far more competent as a result.

She seems to understand what financial analysts want and can deliver it. HP’s valuation has generally improved over the year, and that is one of the key measures of success for a CEO. She has implemented a number of successful programs to increase the value of HP’s stock. You can’t discount the power of this because if the investors and analysts are happy, the CEO is generally thought of as being a success.

I don’t think there is a lot of middle ground with Whitman. Synergy in the company seems non-existent and with the announcement of the spin-out of PCs and Printers, saddled with the firm’s debt, which seems uncomfortably close to what Leo Apotheker (her predecessor) was fired for (though some now argue he was right), I’m guessing trust doesn’t go too deep either. Without a corporate head of sales, there is no real place, other than the CEO’s office, to justify HP as an umbrella company. This suggests that she is likely going to spin out more parts of the firm over time.

This is consistent with her background, which wasn’t at a complex company like HP but at a far simpler and younger firm, eBay. She knows how to run simple organizations and she appears to be turning HP into something that is more like that company, at least with regard to complexity.

Acquisitions had been disasters at HP before Whitman joined. I recently spoke to one of the folks who had been working to prevent 3Par from going the same way, and my expectation is now that HP will eventually destroy that acquisition as well, since the defense has been removed. It fascinates me how firms like EMC and Dell can do acquisitions so well and other firms like HP just refuse to learn from them. 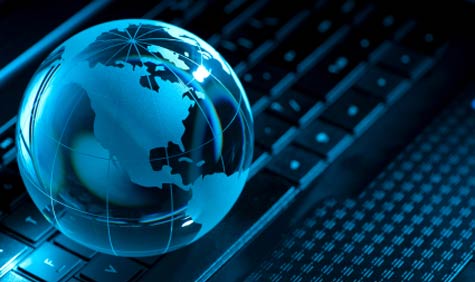 The spin-out of the PC unit should do to HP what it did to IBM and make its X86 server business uncompetitive. The PC unit develops the volumes that provide the discounts that keep x86 servers competitive. This is why they are attractive to Lenovo and not to IBM.

This is a bigger problem for HP than IBM because its proprietary chip, Itanium, is also from Intel and Intel has moved to a different path. (Update: HP just started dropping Itanium.) At least IBM fully controls Power. HP has a fallback in ARM, but bringing that up to compete with Intel where Intel is clearly stronger will be exceedingly difficult, and Whitman hasn’t showcased a deep understanding of hardware. Both Dell and Lenovo are reporting a sharp uptick in sales activity across the board as a result of this announcement. I think the problem is that Whitman promised to keep the company together and Apotheker was positioned as an idiot for wanting to break the company up. Now Whitman is looking both disingenuous and is likely being compared unfavorably to Apotheker.

HP did bring a 3D printer to market, or announced it, anyway, but the printer appears focused on the manufacturing segment (not on the desk or data center), isn’t due to market until 2016, and will go on the manufacturing floor where HP doesn’t have much of a sales presence. Channel issues will make the success of this offering problematic. It will arrive after the split, which makes it very iffy anyway.

Marketing at a corporate level has been all but non-existent, which means HP’s image is increasingly controlled by its competitors. This isn’t uncommon with tech companies. Both Google and Facebook have had similar problems. This contrasts sharply with Dell, in particular, where the Dell CMO, Karen Quintos, is not only active on the firm’s image but helps close many of the Big Data analytics deals (which sell to other CMOs) personally.

Finally, as we move into the second half of this decade, the market seems to be moving into a time of broad alliances. Yet HP largely remains defined by its conflicts, which suggests an excessive internal focus and that the firm may miss the next big market moves.

Wrapping Up: I Think HP Is Weakening

While the stock price generally doesn’t yet reflect this view, I think the path that HP is on will weaken the firm. It will be far smaller by the end of 2015. Dell and Lenovo, in particular, are strengthening, both at least partially through successful acquisitions, a skill that HP still seems to lack. Whitman has never developed the skills to run a complex entity and now seems to be falling back onto a strategy to make HP far less complex and smaller. Meanwhile, competitors are massively growing their efforts and evolving into very different companies.

I think HP is still looking for a CEO who can carry the company forward, but Whitman is no longer that person. She has shifted to treading water and rearranging chairs. While the PC unit has clearly strengthened there, the attachment of so much debt to it and leaving the printer combination intact will likely make it very hard for that unit to compete once private. And the cloud hanging over its divestiture will have a negative impact on corporate sales next year, though consumers really don’t care.

In short, HP’s turnaround now has been delayed until after next year, which has turned out to be a huge Christmas present for both Dell and Lenovo. I swear, they were both almost giddy when HP announced the spinoff of PCs and Printers.