Five Revolutions that Will Shape the Future of Marketing

The market is full of trendy terms — Big Data, the Internet of Things, digital natives, globalization, social media, etc. — that attempt to describe the complex technological and social changes that the world is currently experiencing. However, there is a danger in reducing complex social dynamics down to a few catchy buzzwords – trendy terms can act as intellectual shortcuts that fool people into thinking they understand these ideas when they really don’t.

Yes, everyone knows change is coming. And everyone can see it happening around them. But in the next 20 years, so much change is going to happen so quickly that large portions of the populace are going to have a difficult time keeping up.

And it won’t just be individuals. Underestimating the speed and impact of these changes will be the downfall of many businesses large and small in the coming years. In a world of constant disruption and uncertainty, however, marketers who truly understand the key forces behind these changes will be in a better position to adapt and survive. Looking ahead, there are several horizon-level revolutions that everyone in marketing should be aware of, because they are about to be felt with a force that is difficult to overstate.

Owen Shapiro is the author of Brand Shift: The Future of Brands and Marketing. Shapiro is a market researcher, strategist and speaker and spent more than 30 years in customer insights and market strategy. He has a career-long interest in helping launch innovative start-up companies, several of which have become well-known brands, including Staples, PetSmart, Sports Authority, Ulta and Five Below. 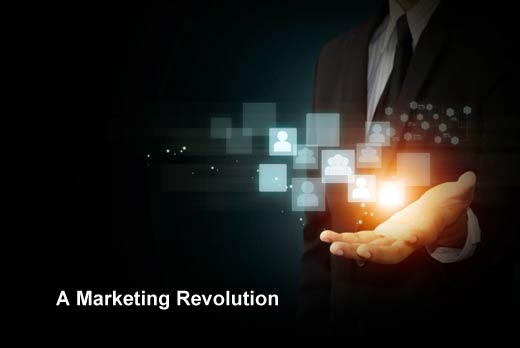 Click through for five fast-approaching revolutions that will reshape the future of marketing, as identified by Owen Shapiro. Revolution #1: The End of the Information Age

Many people think we are still in the Information Age, but the truth is that we are leaving the Information Age behind and entering a new stage of human development fueled by global inter-connectedness and rapidly improving technologies of all kinds. The exponential growth and convergence of so many new technologies — combined with a growing population of tech- and media-savvy consumers — will usher in a revolutionary era of social change, the likes of which humanity has never seen before. Ever. In the future, companies will need to find ways to protect themselves from the inevitable disruptions that such changes will bring, while simultaneously recognizing the advantages and opportunities. Revolution #2: The Shift from Institutional to Individual

One of the biggest power shifts of the 20th century was the shift from institutional power to individual power, and that isn’t going to stop. The Internet empowered individuals to communicate with anyone in the world, and now populations armed with nothing but cell phones are bringing down entire governments. Furthermore, institutions in all areas of life — education, health care, religion, media, business — are being forced to change simply because people now have more ability than ever to organize, mobilize, innovate, disrupt, and demand.

Brands, too, have gone from being purely institutional inventions to personal expressions of almost any kind. For businesses, continuing empowerment of individual customers means that the dynamics of the business/customer relationship are evolving. Customers will continue to demand more transparency, integrity, and responsiveness from those they choose to do business with — and businesses will have little choice but to comply. Smart businesses will initiate the inevitable rather than wait to be pushed. Creativity and imagination are often thought of as the one realm that computers can never conquer, because the inner workings of the mind are what make humans unique. But it is already possible to control a computer with our thoughts alone, and commercials for IBM’s Watson computer are now touting its ability to generate new ideas — helping chefs develop original new recipes, for instance — using data to spark creative inspiration.

As artificial intelligence continues to evolve and improve — powered by the combination of Big Data, the Internet of Things, and always-connected devices tied to people’s location and activities (e.g., the Apple Watch) — it will begin to behave more and more like a giant alternative brain, one that rivals and surpasses humans in many ways. Machines already do most jobs that involve repetitive motion. When machines start replacing people who use their imagination for a living — writers, designers, architects, engineers, teachers, etc. — they won’t just be taking better jobs, they’ll be challenging what it means to be human.

This shift will create a great deal of psychological stress for people with actual brains, generating a massive need for goods and services that will help them adjust to this strange new reality. Brands that can help people ride the wave of change to a brighter future, or help people cope and adapt, will be in high demand — as will brands that affirm human values and identity. 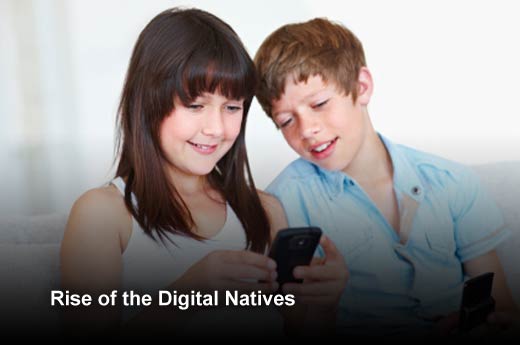 Revolution #4: Rise of the Digital Natives

Much has been written about the impact of millennials (those born between 1981 and 1997) on the workforce, but the next wave of workers and consumers entering the workforce will be the digital natives (those born after 1997). Digital natives are the first generation in human history to be born into the world of hyper-connected information overload. However, since they’ve been connected since birth, digital natives do not experience the flood of information hurling at them as anything more than just “the way things are,” and always have been — for them.

At the moment, millennials are assuming positions of power in all walks of life, and their impact on marketing — in the use of viral memes, infotainment, social media, spheres of influence, cross-platform content, etc. — has been profound. But when digital natives start adding their ideas and influence into the mix, the pace of change will accelerate even faster. This acceleration will feel to older generations like constant chaos and disruption, but to digital natives it will simply be business as usual — the way things ought to be. 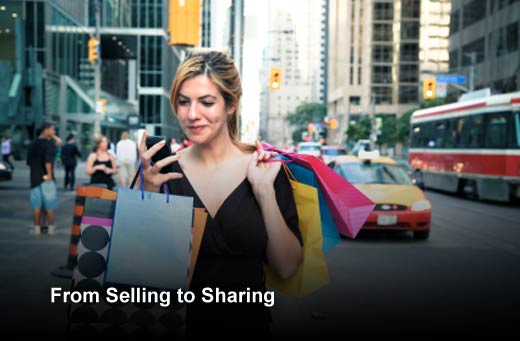 Revolution #5: From Selling to Sharing

Since millennials and digital natives have been aggressively marketed to their entire lives, they are also extremely savvy about the media they consume. Direct, blatant pitches don’t work on them. They hate being sold to, and to them, commercials are just the things you fast-forward through to get back to the program. Also, since they are wary of institutions, they are much more likely to trust the opinion of a friend than anyone else, hence the rise of social media as a powerful marketing tool.

In the future, selling is going to be less about persuasion and more about participation. Brands that position themselves as a trusted “friend” have a much better chance of succeeding in this environment. That’s not a new idea; the key is truly being worthy of the customer’s trust. For example, Whole Foods knows that its customers care about the ecological, political, and social impact of the food they consume. To help make that information more readily available to its customers, the company is investing in IT infrastructure to support its vision of total product transparency — a move it hopes will inspire the sort of trust and loyalty all companies are looking for in the 21st century.