Artificial intelligence is having an increasingly meaningful impact on society in general, and business in particular, market research by Deloitte LLP has found. It appears that a field of study that has long been seen as holding amazing potential is finally beginning to witness a substantive realization of that potential.

Deloitte’s “Analytics Trends 2015” report, released earlier this year, looked at the blossoming of artificial intelligence and its growing impact on society. Since then, Deloitte has taken a deeper dive into the topic, which afforded me an opportunity to discuss the issue with Deloitte Senior Manager David Schatsky. In an email interview, Schatsky indicated that the expectations we had a decade ago are finally being exceeded.

“Expectations 10 years ago were rather modest following periods of high hopes in both the 60s and the 80s, which both ended in disappointment,” Schatsky said. “I think the field is seeing achievements today that were not anticipated in 2005.”

One of the trends Deloitte expects to see over the next several years is the acceleration of human labor being replaced by artificial intelligence.

“Work that is repetitive, highly structured, solitary, that often doesn’t require common sense—almost all kinds of tasks like these are subject to automation,” Schatsky said. But there appears to be a bright side. “Rather than doing away with jobs, we will see jobs transformed, as pieces of those jobs are automated,” he said.

Of course, the impact of automation on companies and their employees has been a fact of life for years. The change, Schatsky said, is in what’s being automated. What’s different now is the type of task that can be automated with cognitive technologies: perceptual and cognitive tasks.

Schatsky pointed out that a natural byproduct of the use of technology is data overload—a problem that artificial intelligence can help address.

“As is often the case, new technology arises to mitigate problems created by prior generations of technology,” he said. “In this case, cognitive technologies can help individuals manage better in an environment of data overload by automating to a degree the process of finding, filtering, aggregating, summarizing, analyzing, and drawing conclusions from data. This is a key promise of cognitive technologies such as machine learning and natural language processing.” 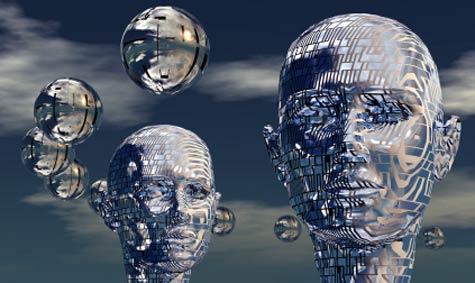 Finally, I asked Schatsky what the single most important takeaway is that IT professionals need to glean from this discussion.