Acquia, a provider of a content management system (CMS) based on the open source Drupal project that is delivered as a service, has added a Cloud Shield virtual private network (VPN) designed to isolate access to applications running on the software-as-a-service (SaaS) platform.

Chris Stone, senior vice president of products and development at Acquia, says that as the CMS has evolved, IT organizations are not only building and deploying applications on top of Acquia, they are increasingly skipping the whole process of contracting individual cloud and networking services in favor of having Acquia perform those functions on their behalf.

As cloud computing becomes more complex, Stone says that many IT organizations have begun to realize that SaaS applications can essentially double as platform-as-a-service (PaaS) environments where IT organizations can not only deploy applications, but eliminate many of the headaches associated with setting up cloud infrastructure on their own.

In addition, Stone notes that in the case of Acquia, many of the burdens associated with complying with any number of regulations are taken on by the SaaS application provider. 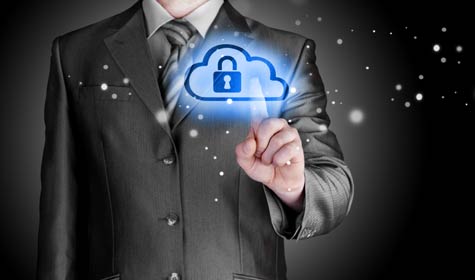 In fact, a new Forrester study commissioned by Acquia claims that organizations can achieve nearly a 950 percent return on their investment with a payback on that investment taking as little as two months.

In effect, Stone says Acquia provides a turnkey cloud platform that gives the IT organization the proverbial one throat to choke in terms of who is responsible for maintaining all aspects of the service.

It will be interesting to see how the convergence of SaaS and PaaS continues to play out in the cloud. But the one thing that is for certain is that having only one contract to negotiate to create any service has always held a certain appeal inside many IT circles.