Everyone wants to do great things, but few actually do. Why? Most people are either afraid to think big, believe they don’t have what it takes, or don’t want to commit to putting in the kind of effort required to accomplish anything truly great.

The truth is that nothing great happens without intense effort. Plans are a good starting point, but it’s the energy you put behind them that make them fail or succeed. And anybody willing to put in the energy and effort can accomplish great things. But people who feel like life is giving them a dirty hand usually resent everything they have to do. They look for ways to cut corners and end up leading a small and limited life.

According to Larry Weidel, author of “Serial Winner: 5 Actions To Create Your Cycle of Success,” if you want to achieve big things, you have to be willing to lay it all on the line, and drive yourself to exhaustion over a goal. When you push yourself, you grow faster. You learn how to get more done. You learn how to make yourself more valuable. You pick up ideas and experience you can use the rest of your life.

So what’s the strategy for actually pulling off big goals? Weidel has refined what he’s learned from various winners in all fields to five tactics.

Larry Weidel is the author of Serial Winner: 5 Actions to Create Your Cycle of Success (Greenleaf; October 2015). He has spent the past 40 years building a national financial services organization and helping the people on his team achieve the success they want. He helped grow A.L. Williams into the financial services giant Primerica. Today, Larry holds weekly coaching calls for leaders across the United States and Canada. His videos, articles, and other resources on career success, leadership, and sales are widely popular. You can learn more at http://weidelonwinning.com/ 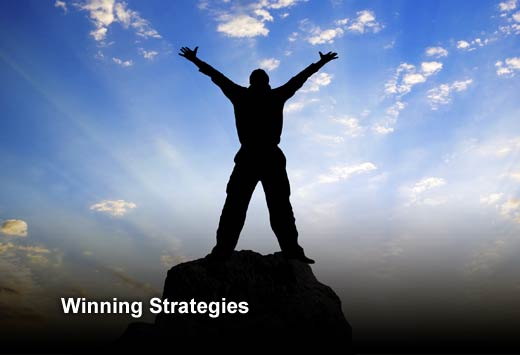 Click through for five tips on how to succeed and meet big goals, as identified by Larry Weidel, author of “Serial Winner: 5 Actions To Create Your Cycle of Success.” 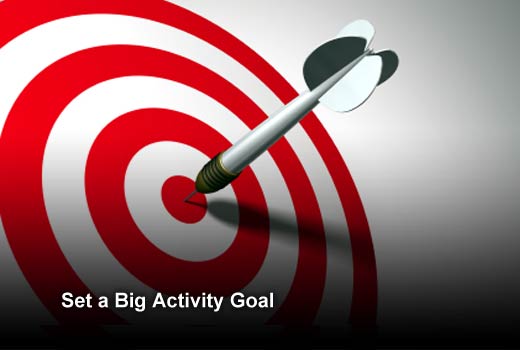 You don’t win by going for good. You win when you go for great. That’s why the first and most important step in achieving big goals is, well, being bold enough to set BIG goals. Unfortunately, we often set small goals, which are killers because they prevent us from connecting with our drive to excel. We simply can’t get fired up about them. But when you decide to go for something big, it inspires you to rise up and do more than you think is possible.

The key to achieving big goals is to set them frequently — daily, weekly, monthly — and to make them achievable yet significant. Each goal you achieve will give you the confidence you need to tackle the next goal tomorrow or next week or next month. And that’s how you make fast progress. So find the courage to go for the big goal today! It will create excitement and anticipation. It will bring focus, clarity, and intensity to your efforts. 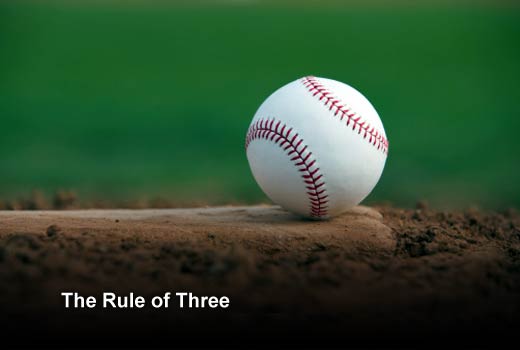 The Rule of Three

If you want to win, you have to play the odds, and not let failure frustrate you into giving up or playing small. You do this by refusing to do “just enough.” You overdo by generating three times the opportunities you actually need. Weidel likes to use a baseball metaphor to explain the rule of three. The greatest hitters of all time, people like Ty Cobb, Ted Williams, or Lou Gehrig, only got a hit roughly one out of three times they went up to the plate. That means they failed 2 out of 3 times, but are still considered the best at what they do. Similarly, when you’re trying to accomplish anything great, two out of three times it will likely go wrong. So make sure you have at least three rock-solid possibilities for every positive outcome you’re trying to achieve. This way, you’re giving yourself the best shot at succeeding by making sure the odds are in your favor. 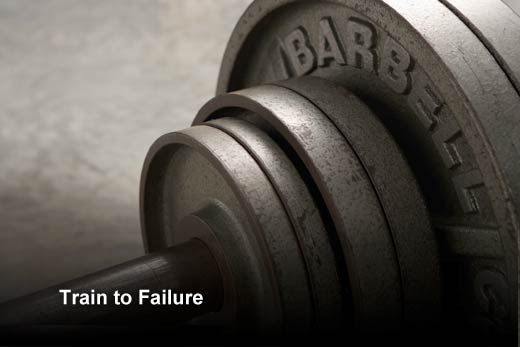 In order to achieve extraordinary goals, you need to grow. And the best way to grow is to borrow a concept from weightlifting: “train to failure” — push yourself until you have nothing left to give. You can’t grow your capacity if you don’t use up all that you have. And if you never test yourself, you’ll never improve. Winners live by the words of Airstream founder Wally Byam: “It was impossible, so it took a little longer to accomplish.” And they know that pressure is their friend: it’s what changes coal into diamonds. If you want to give yourself the best possible chance of becoming great, you need to put yourself in situations that seem impossible. Eventually, you’ll grow through them. By training to failure, you’ll set yourself on the path to build the strength and endurance you’ll need in the long term. 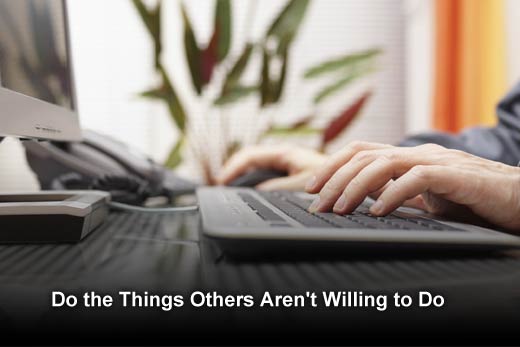 Do the Things Others Aren’t Willing to Do

Everyone wants the glory, no one wants to do the grunt work. But if you want to accomplish something big, you need to make yourself do it anyway. Why? Grunt work leads to greatness. Even in pursuit of the loftiest goals, there will always be tedious things that have to be done to succeed. Winners know that doing what you have to do will allow you to do what you want to do. In the process, you’ll earn a little more experience, skill, and toughness than those who took the easier path. Of course, you shouldn’t spend all of your time doing grunt work.

Once you’ve learned what you need to know, you need to find a way to turn that grunt work over to somebody else. But every new big goal comes with a new set of grunt work. Even the extremely successful spend time every day on grunt work, because they are always at the beginning of something. And they know they have to put it the requisite grunt time if they want to succeed. 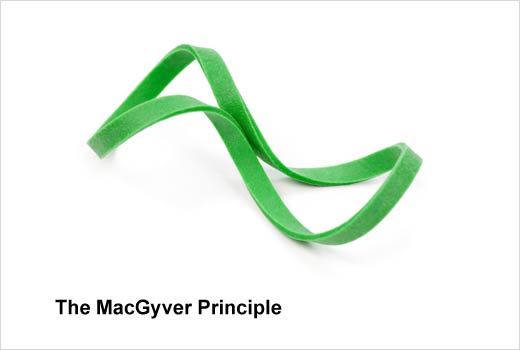 If you want to do big things, you need adopt the “MacGyver” mentality by learning to leverage every resource available to you. While winners are “MacGyvering” their way to the top, turning a rubber band, dental floss, and some borax into a lasso to swing toward the next big goal, losers sit around whining about everything they need and don’t have.

Life is not going to hand you three or four or five times the energy and talent and resources you actually need to get things done. You’ve got to go with what you’ve got and worry about reinforcements later. It’s only when you get to the furthest limit of your resources that new resources appear. This is called growth. The “MacGyver” principle is based on understanding that it’s not what you have that matters, it’s what you do with what you have.

Previous articleStart Wading into the Data Lake, but Don’t Go Over Your Head
Next articleUsing LTE for the Internet of Things