While many IT organizations still have mixed emotions when it comes to Amazon Web Services (AWS), the fact remains that the application programming interfaces that AWS has developed are becoming de facto public cloud computing standards.

Recognizing that, Scality today is updating its object storage system to provide support for the S3 APIs that AWS developed around its cloud storage system.

Leo Leung, vice president of marketing for Scality, says version 6.0 of the Scality RING object storage system is the first S3 compatible object storage that is fully integrated with both Microsoft Active Directory (AD) and the AWS Identity and Access Management (IAM) service. Because of this, Leung says, Scality RING is the only software-defined storage system designed specifically for enterprise IT organizations rather than public cloud service providers. 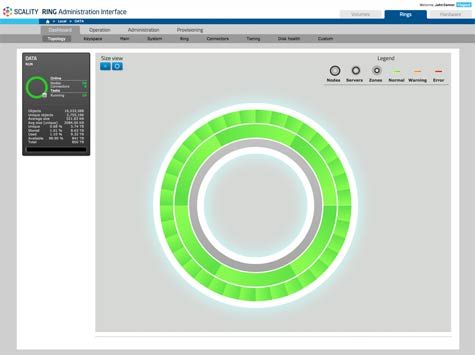 As the amount of data that needs to be managed has escalated, interest in object-based storage is rising. Most traditional file and block storage systems were never designed to scale to the level required by modern Big Data applications. Object storage systems can be made to appear to be traditional file systems to legacy applications. But for modern applications, most developers are standardizing on the S3 API to provide direct access to object storage on AWS. Scality RING, says Leung, makes it possible to run those applications across a hybrid cloud computing environment.

Arguably, the most complex part of any hybrid cloud computing environment is managing data as it moves across what is essentially a massive distributed computing environment. The simplest way to reduce the inherent data management friction in those environments is finding a way to make sure that all the storage systems involved share a common set of protocols that will make moving data in and out of those environments a whole lot simpler than it would otherwise be.