Rethinking Databases: Why Data’s ‘Shape’ May Matter Most

For decades, the choice has been among relational databases from a variety of vendors, but that era is ending, argues Neo Technology CEO Emil Eifrem. Relational databases are no longer the default choice. Instead, Eifrem says, your data management choice will hinge on one question: What is the shape of your data?

“They were all the same type of database,” Eifrem says in a recent ZDNet article. “But that era has gone forever and it will never come back because data is just so big and so irregularly shaped now that you’re always going to be able to get a hundred times improvement, a thousand times improvement, a million times improvement if you get a data technology that is shaped like the shape of your data.”

This talk of ‘data shapes’ is common lingo for those familiar with graph databases, which is what Neo Technology produces. What makes graph databases useful is structure — the data’s structure, according to president and founder of Open Software Integrators Andrew C. Oliver.

“Relationships matter as much as, if not more than, the data itself,” Oliver explained in an InfoWorld column. “By using the RDBMS for everything over the last few decades, the industry has done the equivalent of using a list for every data structure. You wouldn’t use only one data structure for every type of data in memory, why would you do that just because you’re storing the data?”

Whereas relationship databases are table-based, graph databases use nodes, properties and edges to store data. It’s more like the human brain, according to CMS Wire, and that allows you to create a graph of connections among people, objects and data.

That’s also what makes them particularly useful for data-driven decision makers. It’s easier to explore causalities and look for patterns of behavior. That, in turn, makes it possible to make informed predictions about people’s actions — regardless of whether that person is a customer, a fraudster, a terrorist or a hacker. 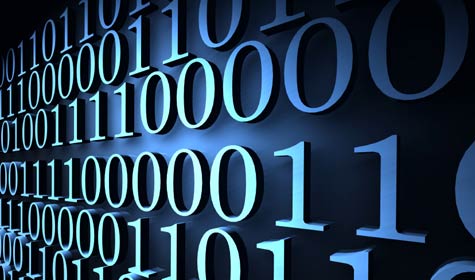 There are also hybrid NoSQL databases with graph-like capabilities such as MarkLogic, Arango-DB and Sqrrl, the article notes.

Graph databases, NoSQL solutions and Hadoop-based solutions create more infrastructure options to support different data analytics needs. Hence, Eifrem says, it’s misleading for anyone to contend that one database can solve all your data problems. Instead, it will be up to data architects to determine when to use old-school relational databases or choose one of the newer options.

“None of these new databases is horizontally better than any one of the others,” Eifrem told ZDNet. “But the really interesting question is not, ‘Is this one faster than the other?’ but ‘In what situations are they used?’ — and that comes down to the shape of the data.”