Hyperscale is the “it” trend in data center architectural circles these days. Whether you are talking about cloud computing, Big Data, mobility or social networking, the pat answer to every challenge seems to be hyperscale.

Not all hyperscale architectures are created equal—not even Facebook’s Open Compute Project (OCP), which has garnered its fair share of headlines both for its innovation and the desire of Facebook to present it as a template for the broader enterprise industry.

The fact remains that web-scale operations and traditional data centers are very different animals, and the criteria used to define and build hyperscale infrastructure will often prove unworkable for all but the largest corporate environment. A key issue is cost, according to DLB Associates CTO and Vice President Mark Monroe. While the Googles and Facebooks of the world create their own economies of scale that allow them to buy stripped down white-box hardware in bulk, few traditional enterprises have that much clout. Large telcos and Fortune 500 firms already get discounts of up to 35 percent from current channel providers, and that usually comes with systems integration, managed services and other support functions. In that light, a 40 percent premium from an original design manufacturer (ODM) is not that impressive.

And cost is only one of the barriers to hyperscale adoption in the enterprise, says Sanbolic Executive Chairman Bill Stevenson. Most hyperscale architectures in the cloud are optimized for partitioned workloads and multi-tenant operations rather than high-availability, mission-critical functions. And from an organizational standpoint, most enterprises are staffed along horizontal lines in which each piece of the data infrastructure is overseen by a specialist. Hyperscale solutions usually follow a vertical strategy, in which one admin provides app support up and down the stack. This could always be incorporated into an enterprise version of hyperscale, but it is still way too early in the game to call it a done deal.

Nevertheless, research firms like Gartner are saying that the new ODM model is a direct challenge to Cisco, HP, Dell and other existing enterprise vendors. The company’s latest forecast has ODM server shipments reaching 16 percent of global activity by 2018, pulling in $4.6 billion in revenue. At the moment, more than 80 percent of ODM sales are going to the hyperscale set, but that could change as economies of scale allow them to become more price-aggressive and systems customization becomes increasingly accomplished through software. 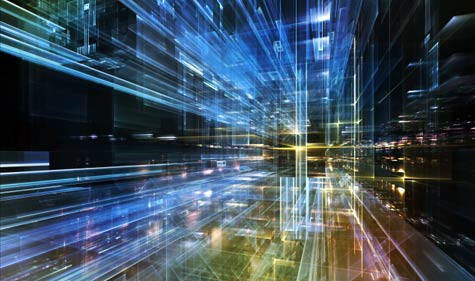 To make sense of all this, you need to look at the “rack endgame” as it relates to hyperscale technology, says IT consultant Stephen Foskett. While it’s true that OCP has garnered the lion’s share of attention, it is only one way of doing hyperscale, and it will likely lead to a disaggregated rack where servers and components are connected via a high-speed interface and anchored by a bulk storage server topped off with a Flash tier. Compare that to what Cisco is trying to do with its M-Series UCS server, which uses proprietary ASICs to aggregate servers using shared I/O resources. It is neither open nor software defined, but it does provide the ease of management and relatively simple deployment that the enterprise prefers, and it scales very well.

So in the end, it could very well be that OCP and platforms like UCS could progress along similar but distinct tracks, perhaps with crossover on key applications like Hadoop and Docker – more cousins than twins, in Foskett’s view.

This would set up a world in which two models of the data center would vie for control of the data environment: hyperscale cloud facilities and converged, modular enterprise infrastructure. Both have their advantages and disadvantages, depending on which workload you happen to be dealing with. And both are likely to see very healthy development curves as the cloud era unfolds.

Previous articleThe Top 10 Organizations and Resources for Information Governance
Next articleFrom a Hacker’s Perspective: How to Breach a Point-of-Sale System