There’s a huge gulf today between Hadoop and the skills of the average developer, which is one of the reasons we don’t yet see too many Big Data applications. Hadoop currently provides an inexpensive place to store all that information, but building applications that use the massive amount of information requires mastering some arguably low-level interfaces that most developers really shouldn’t have to deal with.

That’s the case being made by the folks at Continuuity. It is beta testing the Continuuity Developer Suite, an application development platform that sits on top of a layer of software, called the Continuuity AppFabric, which is a platform-as-a-service (PaaS) environment that can be deployed in either a private or a public cloud. 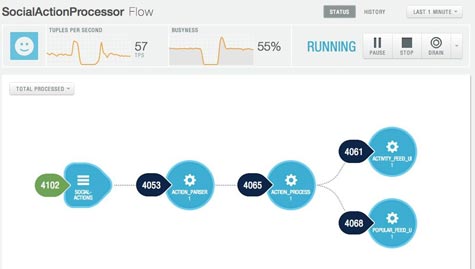 According to Continuuity CTO Jonathan Gray, the time has come to democratize Hadoop development. That means making it accessible to the average developer in a way that makes the underling infrastructure a non-issue as far as the developer is concerned, he says.

Fresh off picking up an additional $10 million in financing, Gray says Continuuity is out to build essentially the next-generation application server for Big Data. While platforms such as Hadoop are attractive because they don’t require developers to create complex schemas beforehand to develop applications, they can be daunting because of all the low-level application programming interfaces developers need to master.

The best thing about Hadoop is that it makes massive amounts of information available to the enterprise. The bad news, however, is that there is a world of difference between making all that data available versus making it truly accessible.