While there has been a lot of public gnashing of teeth over HTML5, it turns out developers are already moving in that direction.

A new survey of 4,043 developers conducted by Kendo UI, a division of Telerik and provider of cross-platform application development tools, finds that the vast majority of developers either already are or soon will be working with HTML5.

In fact, it appears that most of them couldn’t care less what path giants such as Facebook are pursuing when it comes to HTML5. Most of them are far more concerned about browser fragmentation and a potential controversy between the W3C and the Web HyperText Application Technology Working Group (WHATWG), a consortium of developers calling for a faster pace of HTML innovation. 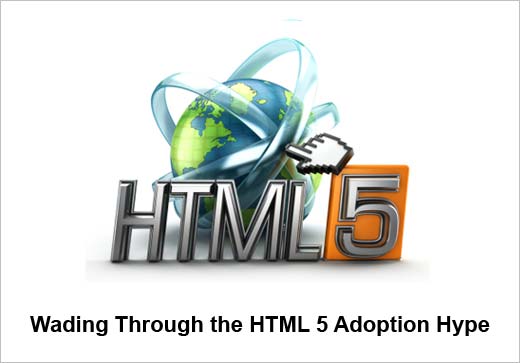 Click through for results from an HTML5 adoption survey conducted by Kendo UI, a division of Telerik. 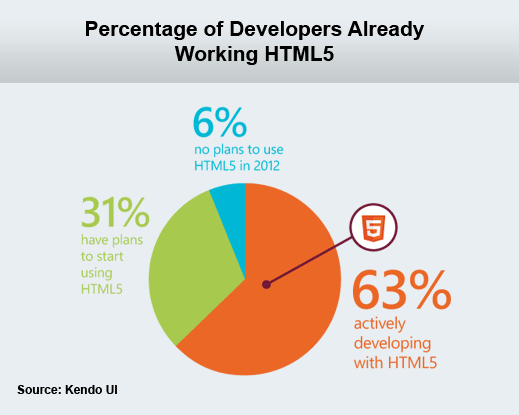 Way more than half.

A tipping point has been reached. 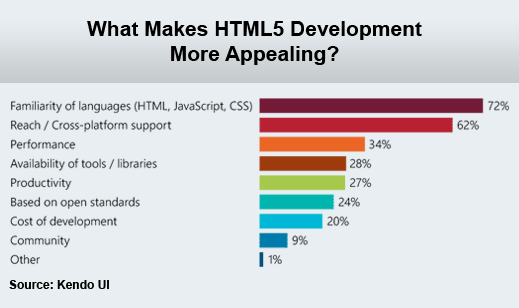 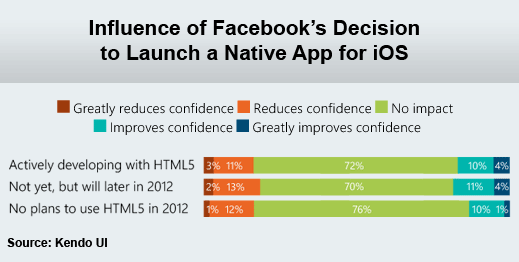 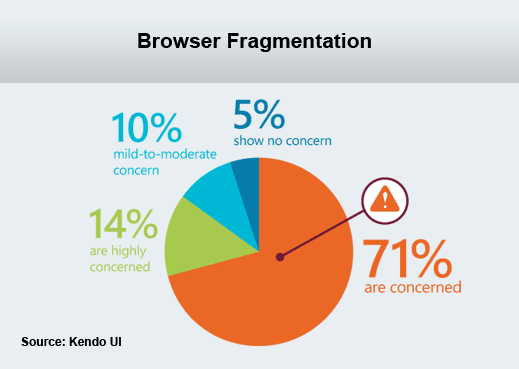