How the Data Center Must Change for the New Digital Era

Regardless of whether you think the enterprise will retain its own data facilities going forward or simply port everything to the cloud, the fact remains that the data center of today will bear only the slightest resemblance to those in the very near future.

Not only will it be more modular, but architectures will become specialized for highly targeted applications while lending support to more traditional business functions. According to a recent report by Deloitte, most mid-sized organizations are turning their attention to security, cloud and analytics applications, with an aim toward producing reliable infrastructure that can influence business strategies and the operational direction of the organization. In this world, simple business intelligence and customer relationship management must share infrastructure with emerging applications like data warehousing/analytics, salesforce automation and supply chain management.

A good way to gauge where things are heading is to look at the start-up community and the specific products and services they hope to deliver. ComputerWeekly offered a sneak peek at three startup contenders, all of whom are targeting advanced, cloud-based infrastructure as their underlying framework. Anaplan, for instance, is looking to break the enterprise’s reliance on Excel by offering a more open model for financial planning and sales that builds on user-generated apps and services rather than the traditional top-down model. As well, there is DataDog, which uses a SaaS model to deliver software and application monitoring in the cloud, and Synate, which is taking aim at the search market with a real-time, integrative algorithm that delves deep into data sources like email and documents to find relevant information.

Meanwhile, Apple has made no secret of its desire to transform the enterprise from a static, monolithic collection of resources to a mobile, dynamic data ecosystem, but in order to do that it has to get top executives to start thinking about how things could be rather than how they are. As CEO Tim Cook said at the annual Box conference recently, the enterprise will have to rethink everything it does in order to capitalize on the mobile market, but those that can do it successfully will find that they are more nimble, and more competitive, than those who are simply using technology to improve on what they have. If you take a close look at iPhone users, he says, they are increasingly adapting their work processes around their devices rather than demanding new phones or new features to suit their work lives. 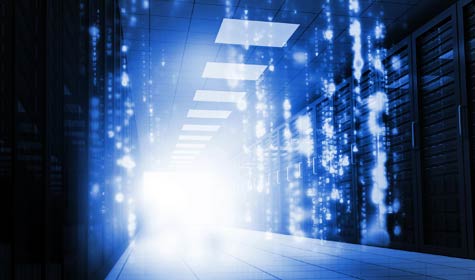 Once we go down this path, however, esoteric new technologies will affect the way we work and play in many ways, and thus the way they need to be supported by enterprise infrastructure. CTOvision’s Rick Delgado highlighted a number of these far-reaching, and some perhaps not-so-far, technologies, such as artificial intelligence and the rise of the voice-driven interface, as well as interactive advertising and even digital telepathy, which will have human operators manipulating data and devices simply by thought process alone. These and other advances will greatly influence how data is created, processed, stored and analyzed, which means the enterprise will face a never-ending struggle to remain relevant as new technologies invade the public consciousness.

Some may ask whether this hasn’t always been so. Hasn’t the enterprise fought to maintain technical parity with the rest of the world since the modern age began? Perhaps, but lately it seems that rather than leading the charge, the enterprise is under pressure simply to keep up these days. Digital technology is so ubiquitous that organizations can no longer dictate where, when and how users are to obtain and utilize digital data but must make it as easy as possible to provide information on the users’ platforms of choice, which themselves are becoming more diverse and specialized by the moment.

For an industry that has largely dictated the pace and direction of technological change over the past half-century, this is a dramatic turn of events, and it will increasingly force organizations to build and maintain data infrastructure not as they would like it to be, but as their users demand.