Beyond UPS: Tips to Keep the Power Flowing

Where was Moses when the lights went out? In the dark. Where was the CIO when power went down in the data center? In a whole heap of trouble.

The data center industry has been rightly concerned about lessening the amount of power it takes to keep data infrastructure operational, but the thing that keeps most IT managers up at night isn’t having enough power, but none at all.

The go-to solution for power reliability, of course, is the uninterruptible power supply (UPS), mostly relying on battery backup to keep critical systems up and running while the main supplies are restored. However, the UPS is only as good as the infrastructure it serves, and there is a whole lot more to power reliability than having a standby source at the ready.

One of the key weapons in the arsenal is adequate monitoring, according to asset management firm RF Code. Ideally, this should encompass real-time monitoring of key points in the data infrastructure in conjunction with capacity planning and predictive analysis to head off potential problems before they arise. Not only does this improve reliability, but it also enhances data/energy efficiency by identifying systems that may be overprovisioned based on the load they handle, and even opens the possibility of dynamic energy management to shift power loads according to rising and falling data requirements. This could be crucial if, as expected, rack densities start to creep up into double-digit kW levels over the next decade or so.

Power reliability can also live or die by something as simple as the cable heading into the rack. Quabbin Wire & Cable recently came out with a new design that makes ToR wiring and patching simpler and less prone to error. The Mini-6a cable is about a quarter smaller and a third lighter than standard Cat 6a wire, with a 38 percent smaller cross section that does away with the typical spline connection between pairs. This allows more air-flow to the wiring cabinet, which reduces the chance of failure and improves replacement speeds if something does go wrong. Signal strength is weakened somewhat, but since rack wiring is generally only a few meters in length, there is usually no perceptible performance degradation.

It goes without saying that the less equipment needed to produce, condition and transmit power, the less chance of failure. But Phoenix data center provider BaseLayer is taking this to a new level by tapping directly into a bulk transmission line coming from a nearby power plant, which is conservatively rated at seven-nines reliability. The setup avoids the multiple power switching stations that typical grid supplies encounter and encompasses a dual-supply mechanism for added reliability. And for the utility, it provides a steady customer with high energy demands without the added cost of complicated transmission infrastructure. 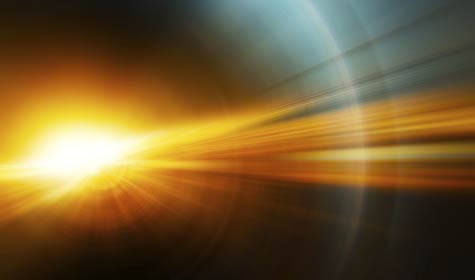 Having no power is certainly a crisis, but at least it focuses everyone’s energies in the right direction. But situations that result in diminished power can be serious as well, and sometimes they take hours to fix. A case in point is when one IT blogger recounts how he lost one leg of a three-phase supply that led to a significant voltage reduction, or brown out. Primary infrastructure was safely shut down, but the problem lasted for seven hours and several key devices were ruined. The lesson here is that sometimes the little things can come back to bite you, and a thorough assessment of what is critical and what can be safely switched off is crucial to the power recovery process.

The trusty UPS, of course, will remain a key component of the power reliability equation, but it is by no means the only solution. It takes a healthy mix of equipment, design and planning to make sure the data keeps flowing, or at least to get back on track when the lights do go out.

After all those hours listening to the server fans continuously blowing, the only sound more frightening is dead silence.