Once upon a time, but not too long ago, voice was a unique service offered by phone companies. It was their lifeblood. To a great extent, it still is, of course. But, increasingly, from the technical perspective voice is just another application. Like other apps, it has its own peculiarities. But, in almost all respects, voice has become just another thing offered by cable, cellular and phone companies.

That isn’t to say that it isn’t an important application. Indeed, it is arguably the most important. Thus, there always is a lot of buzz around voice.

Sarah Reedy at Lightreading reports that Nokia is making a voice over LTE (VoLTE) application its first commercial use of networks functions virtualization (NFV). NFV, along with software-defined networks (SDN), are software-based approaches to configuring networks – both what is offered and how bandwidth is allocated – without physically altering the network. It is the essence of cloud computing, and it’s significant that Nokia is leading off its efforts with a voice application. 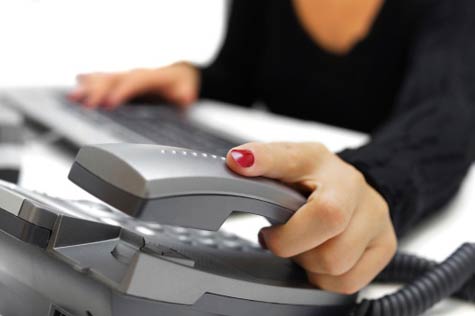 Another place in which voice continues to make its mark is voice over Wi-Fi (VoWiFi). Last week, Taqua, maker of what Telecoms describes as a “virtual mobile core,” bought Kineto, provider of VoWiFi smartphone software. The companies collaborated before the deal. Telecoms’ Scott Bicheno described the synergies: Taqua offers 3GPP functions and Kineto provides handset functionality. Together, the companies say they can offer a comprehensive VoWifi platform.

Verizon is preparing the nationwide launch of its voice over LTE service in the coming weeks, which will enable these new services, executives from the company said. As part of the launch, Verizon customers will get access to a new high-definition voice service, which greatly improves the quality of the sound of a voice call. Customers will also be able to make or accept video phone calls from their device without launching an app to do so.

All of this activity is generating business. Last month, the Dell’Oro Group released research that estimated that the carrier IP market telephony market grew 15 percent during the second quarter of 2014 compared to the year-ago quarter. The driver, the firm said, was spending on infrastructure for VoLTE. Three market segments: IP Multimedia Subsystem (IMS) core, session border controllers (SBCs) and voice application servers (VAS) experienced “robust growth,” according to the firm.

Carl Weinschenk covers telecom for IT Business Edge. He writes about wireless technology, disaster recovery/business continuity, cellular services, the Intenet of Things, machine-to-machine communications and other emerging technologies and platforms. He also covers net neutrality and related regulatory issues. Weinschenk has written about the phone companies, cable operators and related companies for decades and is senior editor of Broadband Technology Report. He can be reached at [email protected] and via twitter at @DailyMusicBrk.