The State of Communications and Collaboration

A survey of 809 senior IT leaders in the U.S. conducted by the IT services firm Dimension Data finds that while communications and collaboration technologies continue to proliferate in the enterprise, companies are wrestling with how to get the most value out of their investments.

In particular, video seems to be a major challenge. At the same time, it’s not clear what impact these technologies are having on productivity, nor does it look like business travel is declining.

Certainly, there are more communications mediums for business than ever and, to one degree or another, they are all being used. 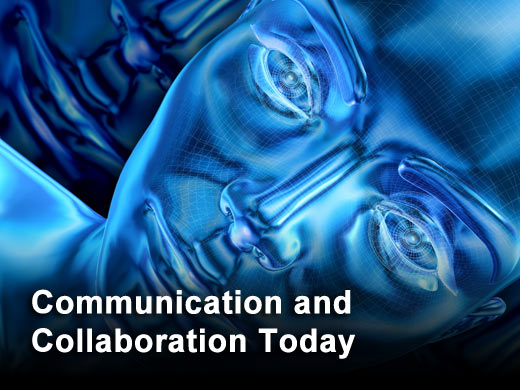 Click through for results from a communication and collaboration survey conducted by Dimension Data. 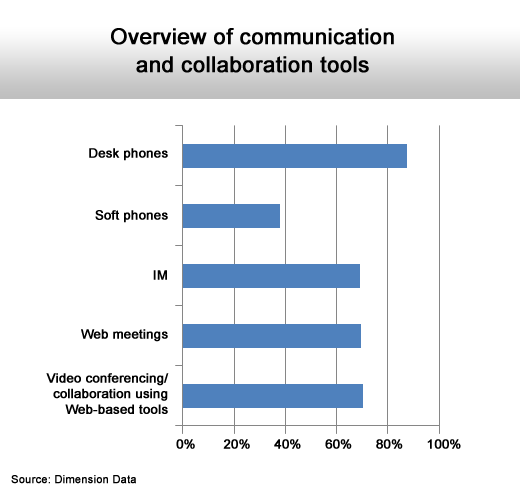 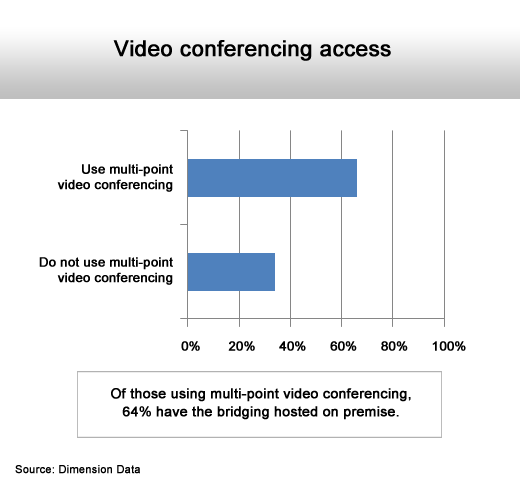 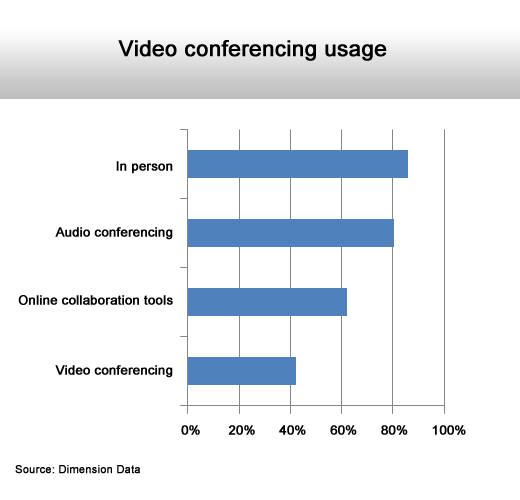 Less than half typically use video conferencing. Most video conferencing systems are still on premise. 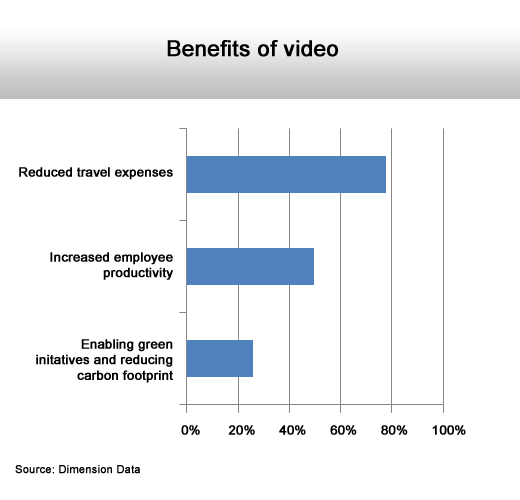 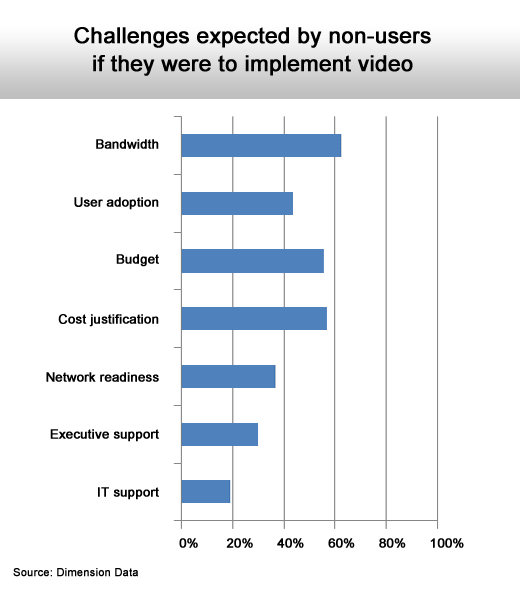 Network bandwidth and costs are still the two biggest challenges. 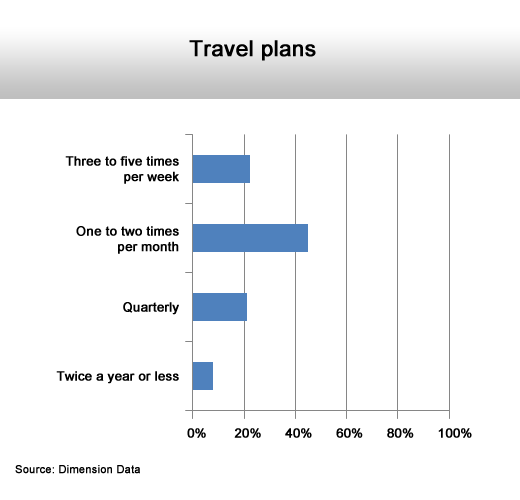 Doesn’t seem like video conferencing has put a dent in business travel. 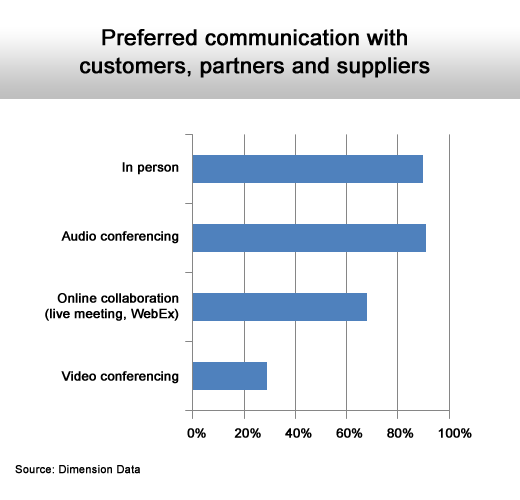 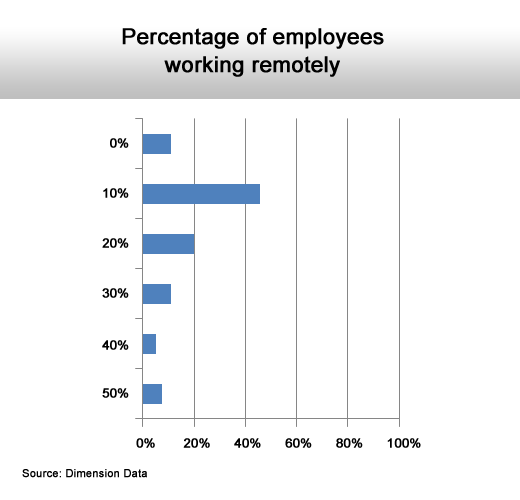 Most employees are still local. 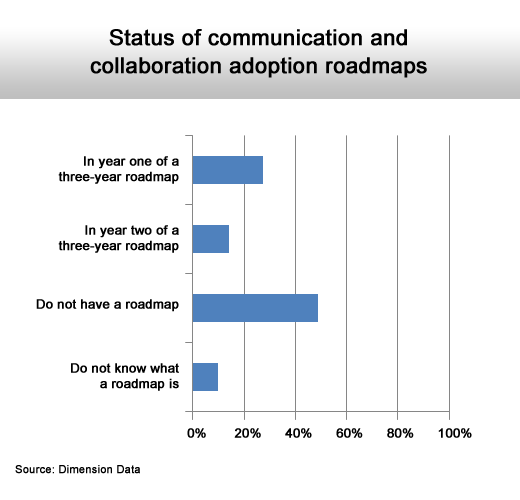 The majority are playing it by ear. 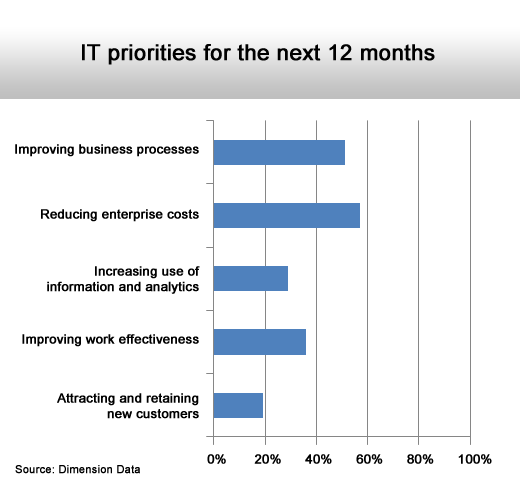 Video, and productivity in general, is fairly far down the list. 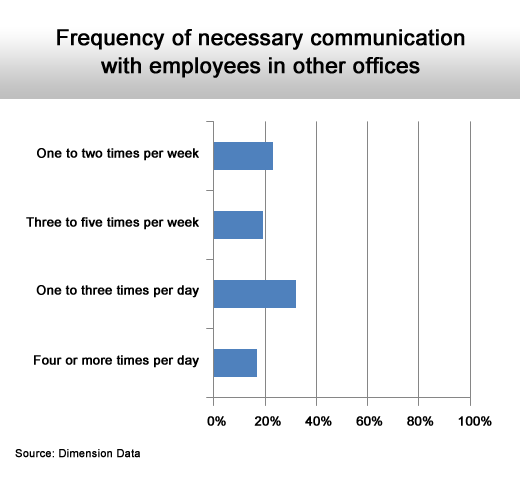 Probably not as much as they should. 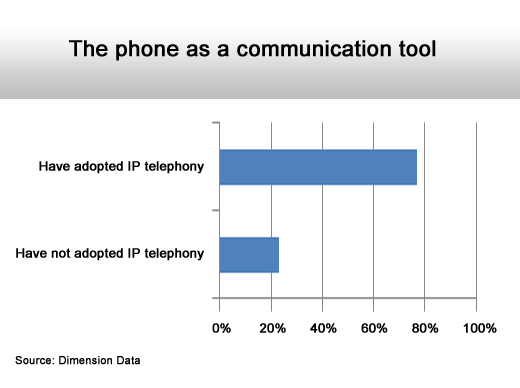 Many are skeptical of mobile phones for business use. 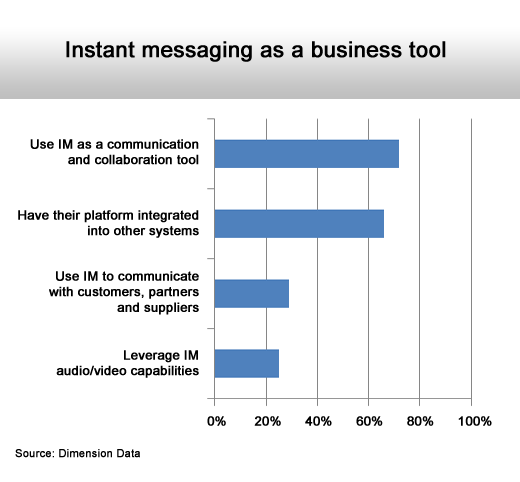 Instant messaging has become a standard tool for collaboration. 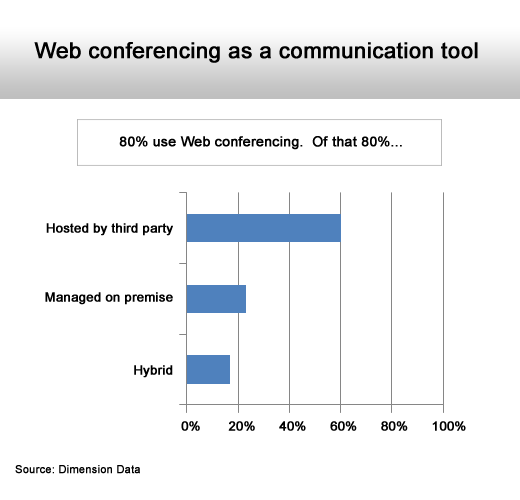 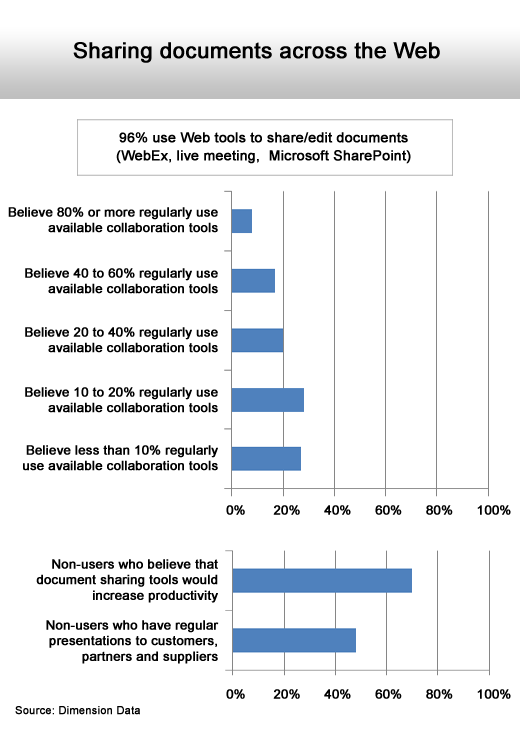 Workflow processes have yet to adapt.