State of the CIO

The results of a global survey administered by Harvey Nash and PA Consulting show CIOs are under pressure as they help bring their companies out of the recession and prepare for a new competitive landscape. The evidence suggests the recession is affecting job satisfaction for some CIOs. The good news: Many tech execs see their role as becoming more strategic. The bad news: A significant number of CIOs saw their salaries frozen in 2009 or even took a pay cut. Ann All discussed these trends and more with Andy Bookless, director of Government Services for Harvey Nash and project lead for the CIO Survey 2010 in a recent interview. Click through for global survey results on CIO salaries and job satisfaction. 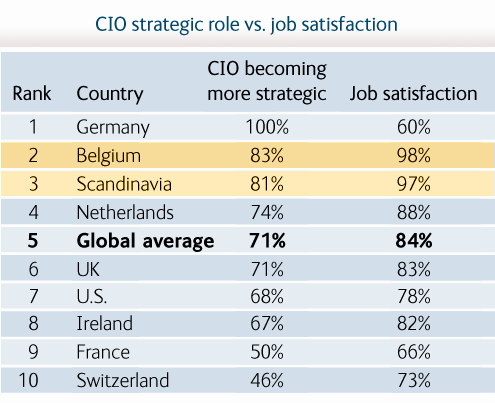 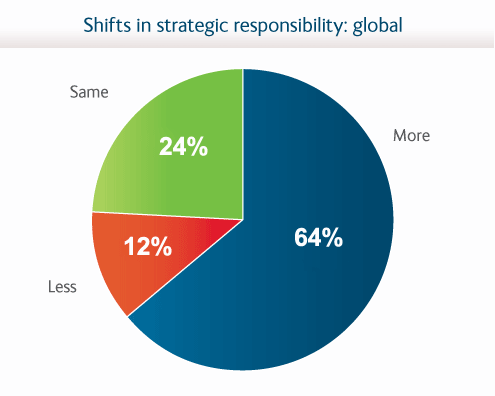 A total of 77 percent of CIOs claim to be fulfilled or very fulfilled in their current role. That’s a slight drop from previous figures, which Harvey Nash reports have historically been above 80 percent in previous years and in all surveyed regions. 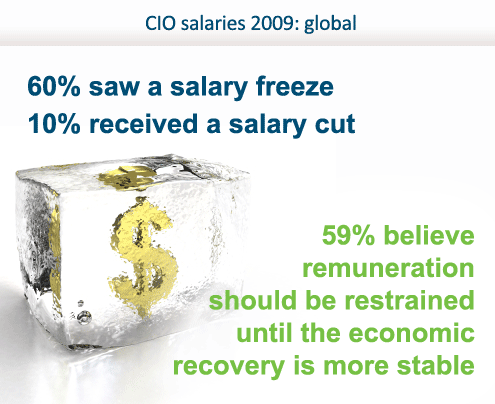 More than 60 percent of global CIOs saw a salary freeze in 2009, with about one in 10 getting a salary cut. Yet 59 percent of CIOs believe executive remuneration should be restrained until the economic recovery is more stable, and 72 percent said they would consider freezing or cutting their own salary to improve their organization’s financial stability. 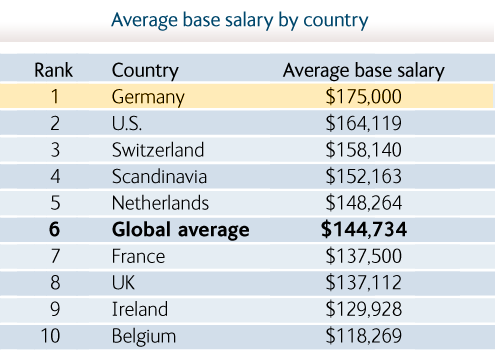 German CIOs enjoy a higher average base salary than their global peers, more than $30,000 higher than the global average. Also above the global average are CIOs in the U.S., Switzerland, Scandinavia and the Netherlands. 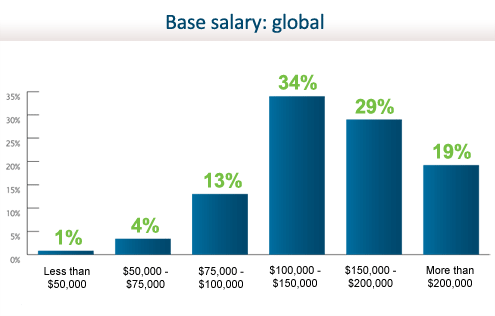 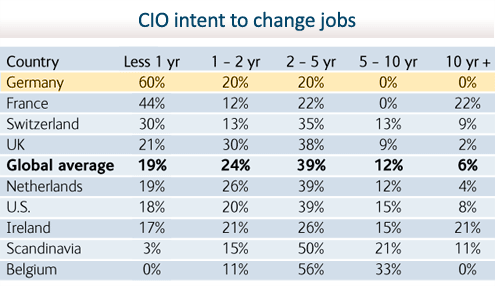 CIOs are more wary about pursuing a new role than they were before the recession. German CIOs are the most likely to be looking for a change in the next 12 months, perhaps not surprising considering their relatively low level of job satisfaction. 19 percent of global CIOs are actively looking for a new job, while 43 percent are open to speaking with headhunters about new opportunities. The top two reasons CIOs give for seeking a new job are the need for a new challenge, mentioned by 35 percent of survey respondents, and a desire for greater involvement in business strategy, stated by 24 percent of respondents. 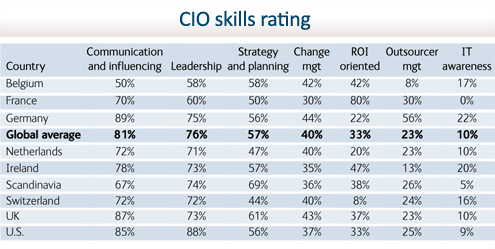 What will it take for CIOs to succeed? Globally, CIOs rate communication and influencing skills as the most important, followed by leadership, strategy and planning skills, change management skills and ROI orientation.

Previous articleThe Trials of Application Testing
Next articleAutomating the IT Automation