With Options Galore, How to Choose the Right Cloud

Now that the enterprise has gained some experience with the cloud and is, in fact, becoming more comfortable in its ability to support increasingly valuable workloads, companies are taking greater care to select the right cloud for the right workload.

As expected, the list of criteria to achieve this desirable state is lengthy and varies greatly from enterprise to enterprise. But in a general sense, there are emerging schools of thought when devising the optimal environment for emerging applications and services.

Forrester, for one, is telling clients not to bother with niche cloud players. Instead, workloads should shift to the leading providers like Amazon, IBM and Microsoft. The reason is simple: Smaller players are riskier in terms of longevity and security and often lack the diversity of services and infrastructure needed to satisfy increasingly complex enterprise requirements. Even Google, according to Forrester, is not yet up to par in this regard, having only begun to address enterprise-class services with its Work suite and other tools.

Even among the top cloud platforms, there are variances that can make or break a deployment, says Intermedia’s Carles Cabre. Amazon, for example, is more adept at Dev/Ops due to its mature infrastructure and vast array of service partners, while Microsoft is making inroads into open source architectures, namely Linux. Meanwhile, OpenStack is drawing interest in the enterprise as well, but while the software itself is free, back-end costs related to integration and operations tend to mount. And any enterprise that is highly steeped in VMware virtualization will probably have the easiest time migrating to hybrid infrastructure using the vCloud Director suite.

This being the cloud, however, the lines between one provider and the next can get quite blurry, which can be both beneficial and detrimental to any given enterprise data strategy. Rackspace, for instance, has added both AWS and Microsoft Azure to its Fanatical Support program in which Rackspace becomes more of a provider of managed services across multiple clouds rather than a provider of its own cloud infrastructure. The idea is that while the top cloud providers can deliver the scale and service options to suit enterprise workloads, it takes an experienced player to cobble it all together into a cohesive data environment. Rackspace also provides managed services for VMware-based private clouds and popular business applications like Office, SharePoint and Skype. 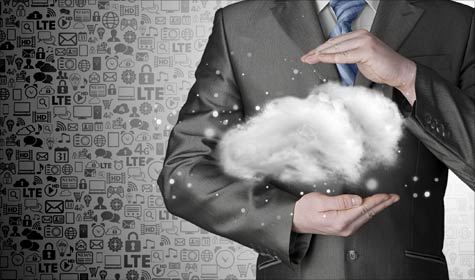 What, then, is the average enterprise to do with all these cloud options, particularly since the data needs of today are not likely to be the needs of tomorrow? David Barker, founder of UK colo provider 4D Data Centres, says you should still be methodical in your approach to public, private and hybrid deployments, but recognize that all cloud solutions should meet the basic requirements of scalability, performance, reliability and management simplicity. And they should also support a variety of operating systems, including the multiple versions that still populate most enterprise data environments.

It may be tempting to think that, with the cloud and virtual architectures being so fungible, a bad deployment can easily be undone. While this may be true compared to static infrastructure, anyone who has ever migrated even moderate workloads from one cloud to another knows that this is not something to be entered into lightly.

Enterprises that view the cloud as an ongoing strategic resource would do well to appreciate that a stable yet flexible data environment will be a key asset in a rapid-fire digital economy.