Will the Cloud Ultimately Push the Data Center into the Grave?

This may be a bit premature, but if the traditional enterprise data center is not dead yet, it certainly is approaching the twilight of its years.

The latest word from 451 Research is that enterprise data center construction is essentially flat across the globe while the new crop of cloud-facing, hyperscale facilities is on the rise. Results for the fourth quarter of 2014 have the installed base growing a paltry 0.2 percent to 4.3 million facilities, propped up only by increased activity among the cloud, service provider and multi-tenant sectors. Enterprise IT still controls an overwhelming portion of the worldwide data infrastructure, some 95 percent, and maintains about 83 percent of data center square footage, according to the report. But for now at least, the trend lines are clearly pointing away from owned-and-operated data center facilities toward more cloud- and service-based activity.

Still, it would be unwise for a given enterprise to launch a mad rush into the cloud just because that is where the industry is headed, said Ernest Sampera, CMO of colocation provider vXchange. Despite the notion that data can be distributed as a utility, the fact is that data plays different roles and is of varying value to each enterprise, so any decision regarding resources and other means of support needs to be weighed very carefully. Even when it comes to a relatively straightforward matter like cost, the merits of both local and distributed infrastructure can vary as scale, functionality and other requirements come into play. In short, outsourcing IT infrastructure is not always the least costly or more effective way to meet your IT objectives.

It is also important for the enterprise to maintain consistency across its data infrastructure regardless of where and how it is hosted. The Open Data Center Alliance has come out with a number of usage models that aim to standardize cloud services and architectures based on user needs, rather than provider preferences. The models touch on functions like resource aggregation and management, and delve into various scenarios governing current service architectures like IaaS and PaaS and how they can be applied to key data functions such as dev/ops and archiving. The goal is to help the enterprise avoid building data silos in the cloud that would compound the issues that many organizations already face with incompatible hardware and software platforms in legacy data environments.

This kind of coordination is essential for organizations looking to base their distributed architectures on private cloud resources at home. But as Gartner noted at its recent data center conference in Las Vegas, private cloud endeavors are not off to a very promising start. According to a survey of attendees, 95 percent say something is wrong with their private cloud, with issues ranging from the operational model (which sounds like people are trying to force-fit traditional applications into a cloud environment) to cost issues and problems with the chosen technology. This may be attributed to simple growing pains, but at the very least it is an indication that full conversion to a cloud footing may not be as imminent as market research suggests. 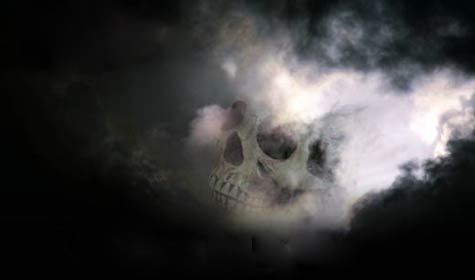 At some point, the enterprise will have to decide for good whether it wants to ditch traditional infrastructure in favor of the cloud, or at least adopt a “cloud first” footing that reserves the data center for key applications. This decision is not likely to be based on whether the cloud is “better” than current IT, but more on the ways in which emerging infrastructure can support the changing nature of enterprise data and applications.

Scalability, flexibility and all the other attributes of the cloud have already proven their worth when it comes to functions like Big Data and social networking. But full transition to the cloud won’t come about just because the underlying technology supports legacy enterprise applications. Rather, it will happen when the applications themselves have evolved to the point that they provide greater value in the cloud than in the local data center.