The Evolving Rationales Behind the Cloud

It’s been said that the cloud is different things to different people, and while it is true that functionality in the cloud can be leveraged in many different ways, there also seems to be a growing divide within the enterprise when it comes to the rationale behind deploying abstract, distributed architectures.

Some interesting research came out of Gartner a few months ago that suggests that the perceived benefits of cloud computing change as you move higher up in the enterprise hierarchy. In a global survey conducted earlier this year, nearly half of junior and mid-level executives rated cost reduction as a top priority for SaaS, PaaS and IaaS deployments. However, CIOs and other top-level executives were more apt to stress the cloud’s transitional benefits and the desire to build more modern IT infrastructure that delivers greater agility, fosters innovation and in the end enhances the competitive advantage of their organizations.

On a more granular level, top enterprise executives are already seeing the impact that the cloud has on the business model and are looking forward to leveraging it for advanced applications like Big Data analytics and social media. In a recent KPMG study, nearly three-quarters of C-level enterprise executives cite the development of cloud-based applications and strategies as a top priority going forward. This marks a significant shift from past surveys, which pinpointed cost reduction as a key driver for the cloud.

One thing remains clear, however: IT needs to become more proactive in the cloud if it hopes to maintain relevancy in the new data environment. This is actually becoming easier to do, notes Egnyte CEO Vineet Jain, now that many of the top providers are implementing enterprise-friendly management and governance tools. Google Drive, for example, now enables direct integration with numerous enterprise-class applications like Jive, Alfresco and Salesforce, enabling users to access the service through an enterprise-controlled portal. Amazon has taken the same tack with its Zocalo project, as has NetApp with the NetApp Connect system.

Technology alone will not produce the kind of business transformation that CIOs are expecting, however, says PwC analyst Mike Pearl. That can only come about by redefining the role of the CIO in relation to the business process. The two key questions that CIOs (and CEOs, for that matter) should be asking themselves are: Can the role of the CIO and the IT mandate be reshaped for the future, and how can CIOs fundamentally change how they build and deliver business capabilities? Accomplishing this will require IT to become embedded across multiple business lines, as opposed to a distinct unit working on the sidelines, and the elimination of the “plan-build-run” approach to IT deployment in favor of an “ideate-assemble-consume” paradigm that is better able to deliver what business teams need, not necessarily what they ask for. 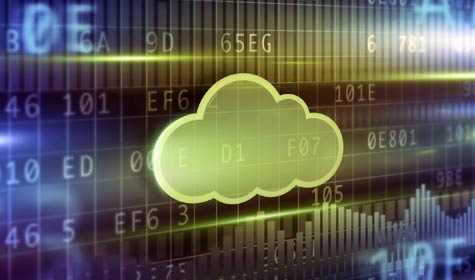 All of this gets to the heart of one of the central facets of the cloud: This is not just new and better IT. This a fundamental transformation of the digital economy that will affect not just technology but business (and personal) processes, industries and the profit and wealth models that have existed for the past quarter century or more.

There are many stakeholders in the cloud, and by and large the motivations driving its deployment are in sync; that is, cost reduction and improved business functionality are not at cross purposes. But ultimately, decisions will have to be made that will further some goals at the expense of others, and it is at that point that we will know how truly diverse and flexible the cloud is.