If you’re eager to tap the promise of the cloud, and you’ve managed to successfully navigate through the experimentation and proof-of-concept stages to actually go live with an application in the cloud, congratulations. But if you think you’ve overcome the biggest hurdle, and that it’ll be all downhill from there, you may be in for an unpleasant surprise. According to the findings of a recent study, it’s only going to get tougher.

The “Fifth Annual Trends in Cloud Computing” study, conducted by the IT trade association CompTIA, found that integration challenges down the road will be the real obstacles. According to Seth Robinson, senior director of technology analysis at CompTIA, “The bulk of the cost and effort for any IT project is typically consumed by integration, and cloud computing is no different.”

I had the opportunity to speak with Robinson last week, and he explained that the further you move along the adoption progression, the more difficult it becomes:

The one thing that jumped out the most [has to do with] end users going from one stage of adoption to the next. So they start off with experiments, and learning about cloud, and maybe doing a proof of concept, and maybe they move into a non-critical business application that they’ll put in the cloud—so it’s used in their business operations, but it’s not critical. They figure out which business applications they can put in the cloud, and they move into full production. And finally they create the policy, and rework their architecture and workflow to take full advantage of it. So we’ve got these stages, and because there’s been so much focus on the first transition—moving from experiments to a live system, where you’re testing things out and integrating and learning about security—there’s been so much focus on that, that it’s created this notion that that’s the biggest hurdle to get over. The notion is once you get over that, it’s kind of downhill from there, and you’re going to become a cloud-enabled business. Actually what our data found is that the further you move along that adoption progression, the more difficult it becomes, because you’re not just dealing with technical challenges anymore. You’re dealing with cultural challenges and behavioral issues when you’re trying to reconfigure your workflow. So that was the most interesting thing [that was gleaned from the study—to see that this progression, to become fully transformed thanks to cloud computing, is quite a bit more difficult than that initial migration. And it’s probably going to take a number of years to optimize that.

Robinson went on to explain that integration is a particularly difficult issue with respect to the cloud, because lines of business are increasingly eager procure their own technology:

So you hear about things like rogue IT, or shadow IT, where a line of business might feel like there’s an application out there that’s very simple for them to procure and get it up and running. But when it comes to integrating that application into other applications, and the other data systems and data warehouses that might exist in a company, that’s the experience, expertise, and knowledge that the line of business doesn’t have. And that’s where we often see that an IT department has to get called back in. I don’t think this integration problem is any surprise to those who have worked in IT, but I think it is a bit of a surprise, or a bit of an unknown factor, for that line of business. So that’s become an important discussion in cloud computing.

Of course, lines of business were procuring their own applications long before the cloud came along, so I asked Robinson if he’s found that the cloud has exacerbated that problem. He said it has, and he explained why:

Because of the way so many cloud solutions are presented, a lot of the complexity is hidden from the end user, especially when you are thinking about something like a SaaS application. Even a lot of the Infrastructure-as-a-Service solutions are meant to be implemented very quickly, without requiring a lot of technical knowledge. The issue with an infrastructure solution is once you’ve implemented it, you need technical knowledge to be able to use it; whereas with a software solution, you can go procure it, and if it’s working right, you’re able to use it right away. It’s that working right and getting it integrated that’s a little more difficult. But I think the simplicity and the appeal of cloud software is exacerbating the problem.

Fortunately, Robinson went on to explain, the data indicates that it doesn’t appear to be the case that lines of business are actively, intentionally trying to sidestep the IT department on a wide scale:

[The line of business] may not always give [the IT department the opportunity to provide] final approval, but they’re trying to keep them in the loop. I think that’s a good start for a lot of companies in setting their policy. We have seen with cloud, and mobility, and any number of things, that companies are a little bit behind on setting policy—they’re kind of rushing into this technology, trying to find the benefits. And they don’t want to take the time to sit down and talk through the policy implications, or exactly how it’s going to work within the company. But that’s an important step. So this notion of procurement—getting software or infrastructure more quickly that you might have gotten it if you had gone the traditional route through the IT department—has to be addressed. Businesses have to figure out how to get everyone at the table when they’re deciding on technology, and get the business need, as well as the IT concerns, heard. 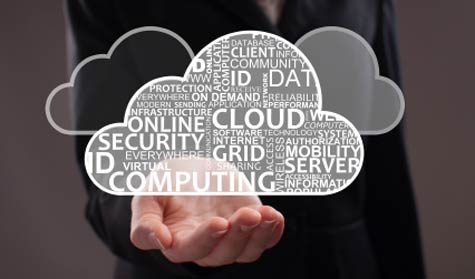 I thought it was interesting that the study found that 44 percent of companies say they’ve moved either infrastructure or applications from one public cloud to another. I asked Robinson if he had any sense of what’s driving that, and he said it’s a number of things:

Security is an issue—companies are figuring out security as they go here. That’s the primary thing that drives people back onto an on-premise system. But security is just one of the factors when moving from one public cloud to another. We really see a mix of things in there along with security, like feature set, cost, terms of agreement that you might have to sign with the cloud provider. So I think companies are finding that cloud is a very useful option for certain applications, and they’re learning what it means to interact with a cloud provider. Companies are starting to learn to ask more questions of their cloud provider.

Finally, I asked Robinson what the study tells us about how cloud operations will be different, say, two years from now. He said we’re going to be moving along a continuum:

I think two years from now, we’ll be talking more comfortably about the notion of a multi-cloud architecture. For the past two years, and even today, you see people focused on a use case, or an individual application. I think two years from now, we’ll be having a discussion around the question of how companies are running their IT operations, and we won’t really even have the term “cloud” in that question. But the answer will involve a cloud architecture, and cloud solutions. So cloud will become much more of an ingrained part of the discussion, but that discussion will become broader and less focused on individual applications and use cases.