As momentum surrounding the Google Android platform continues to build, Google may soon find itself in a position to seriously challenge Microsoft for the hearts and minds of developers.

A recent survey of 2,733 developers conducted by Appcelerator, a provider of tools for developing mobile applications, finds that the Google Android platform is already closing in on Apple in terms of support from smartphone application developers. But interest in Android is also starting to carry over into next generation tablets and a host of other devices that benefit from Web connectivity.

When you add up all the interest in Google Android across multiple platforms, it becomes clear that developers are increasingly throwing their support behind Google. Scott Schwarzhoff, vice president of marketing for Appcelerator, says a lot of the support for Google in the smartphone category comes from developers eager for an open platform that runs on multiple devices rivaling Apple's iPhone and the IPad, but which are created by an ecosystem of manufacturers. If Android becomes the platform of choice, Google could begin recruiting developers from the Microsoft camp as well.

Schwarzhoff also notes that more than a few developers feel Apple is engaging in heavy-handed business tactics while controlling the applications that can be sold on its platforms. Google has been much less restrictive on developers in its eagerness to flood the market with Android applications.

The ultimate question will be how much Google can benefit from this burgeoning developer support over the long term. At the moment, it appears the Web-search powerhouse may be driving a unification of developers focused on embedded systems. How well that translates into support across the rest of the developer community remains to be seen. But whatever the outcome, it appears that Google Android is rapidly becoming a force to be reckoned with among developers. 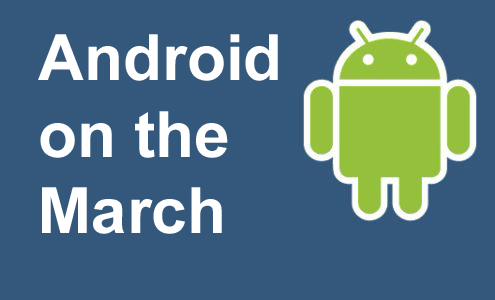 Click through to see findings from a recent survey from Appcelerator. ple platforms still lead, but Google Android is closing in. Multitasking is a critical requirement. But Google is already a very strong second. From almost nowhere, Google Android has a significant share of tablet mind.

Both are holding their own against onslaught from Apple and Google. 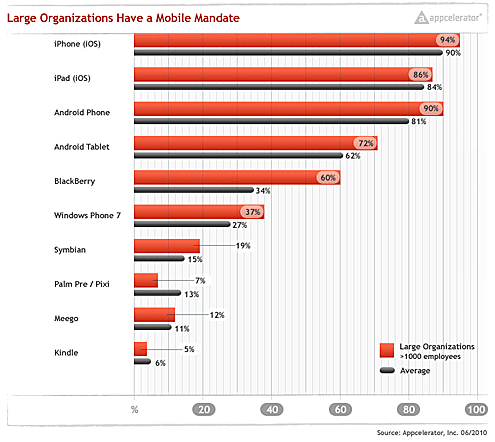 Mobile computing on smartphones and tablets is going mainstream. Supporting a multitude of devices is becoming a major challenge.

Previous articleReflections on Management Excerpt
Next articleDeploying Applications in the Cloud