Sun May Be Gone, but Java and MySQL Live On

When Sun Microsystems went the way of the dodo bird back in January through its acquisition by Oracle, many folks in IT thought Sun’s progenies Java and MySQL would see the same fate. The database and programming darling of the open source community would have a hard time keeping its profile within a company that already has so many strong yet proprietary technology offerings.

Turns out those folks were wrong, according to a recent survey conducted by Jaspersoft.

The open source BI vendor recently queried more than 500 open source users on what they perceive to be the future of Java and MySQL under Oracle. The results were surprising: Despite initial fears about Oracle’s stewardship of Java and MySQL, 47 percent of respondents had no plans to change their database from MySQL, and a whopping 70 percent planned to continue using Java. What’s more, 78 percent said they believe MySQL innovation would actually improve or stay the same under Oracle, and 80 percent believe the same about Java.

According to Jaspersoft CEO Brian Gentile, Oracle is starting to turn skeptics like him into believers. The data even suggests that we might see a resurgence in Java application development, which for the most part has been overshadowed these past few years by JavaScript and other Web-oriented programming languages. According to Gentile, a partial explanation for that might be a general feeling that Oracle could bring a little more order to the Java Community Process.

Despite the general level of optimism, however, respondents believe Sun had not invested much innovation into the technologies before its acquisition, or Oracle will make a larger investment regardless of how much Sun spent, But either way, developers are bullish on the idea of Oracle steering the Java and MySQL ships. 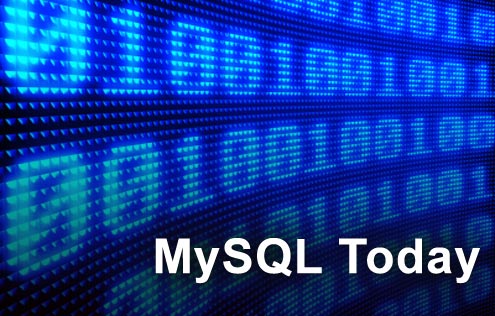 Click through for results from a JasperSoft survey focusing on the current state of MySQL. 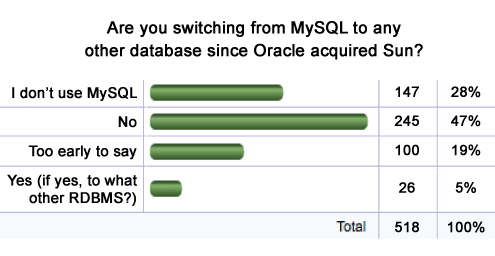 About half are committed to staying put.

About the same or even more likely is carrying the day.

Things could get better for developers as well.

Java may see a resurgence of growth. The majority have no clue.