At the Dreamforce 2014 conference today, Salesforce.com announced a significant expansion of its software-as-a-service (SaaS) application reach into the realm of analytics.

With the unfurling of Wave, Stephanie Buscemi, senior vice president for Salesforce Analytics Cloud, says Salesforce.com has launched an analytics cloud application that not only takes advantage of an indexing engine to democratizes analytics in real time, but is also designed from the ground up to integrate data from multiple data sources, including data delivered via cloud integration platforms such as Dell Boomi, Informatica, Jitterbit and MuleSoft.

While Salesforce.com made its name offering customer relationship management (CRM) software, the company in the last couple of years has extended the scope of its efforts to include everything from marketing to social media and services management. 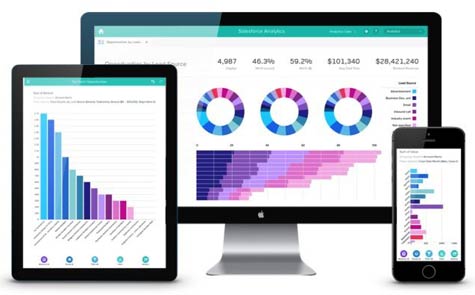 Buscemi says that unlike previous iterations of analytics applications running inside and out of the cloud, Wave is based on a schema-free architecture, which means data no longer has to be pre-sorted and organized by IT in a data warehouse or data mart before it can be analyzed. Analysts of any skill level can easily build and deliver mash-ups of data sources via a single dashboard that can then be shared via Salesforce Chatter social networking tools, says Buscemi.

To one degree or another, all organizations suffer from the same data problem. They have access to massive amounts of data, but not always the wherewithal to make sense of it all. In fact, the most powerful analytics tool that most end users have access to is a spreadsheet. Unfortunately, more often than not, the spreadsheet is the one personal productivity application they least understand how to use. As a result, a lot of the data that goes into a spreadsheet is often suspect from the beginning.

Indexing technologies coupled with analytics in the cloud should not only go a long way to solving that problem, they should also free up internal IT organizations from the drudgery of having to create reports to address ad hoc queries that, depending on their complexity, may no longer be relevant by the time they find the answer.