Liaison Technologies is now offering what it calls the first dPaaS. That’s short for data platform as a service, but integration is part of the solution as well. It’s all offered in a multi-tenant cloud platform, which is generally translated as “scales well.”

Liaison sees this new offering as a fit for hybrid environments, B2B supply chain integration and, of course, Big Data. One of the key bragging points is the “Contivo automated mapping solution.” That feature reduces the time it takes to map the data, but it also incorporates a data profiling and cleansing algorithm. That seems to be a common theme as vendors seek to address some of those cloud data governance and data quality pain points.

Oh, and of course there’s API management, because nobody offers a cloud data service without it these days. It also leverages Hadoop and Cassandra for data processing, storing and management.

“This creates a massively scalable platform that can make sense of big data in virtual real time,” the press release notes. “With scalability no longer an issue, businesses can take data integration to any level they wish.”

It sounds a lot like an integration platform as a service (iPaaS) offering, but actually, Liaison Technologies plays in the integration brokerage space. Basically, it’s coming out of the B2B space, which is different from the enterprise integration heritage from which many iPaaS vendors evolved. As the name suggests, integration brokerages incorporate managed services into their offerings, and that’s true for the Alloy Platform as well.

Liaison has more than 7,000 customers worldwide. It also has long roots in the cloud integration space; in 2012, it acquired cloud-based integration vendor Hubspan.

Earlier this week, I profiled ClearStory, which recently expanded the capabilities of its cloud-based data processing tool built on Spark.

But I neglected to mention one key piece of recent news: The company also launched a new solution to help enterprises manage data lakes.

A core part of ClearStory’s solution is its ability to ferret out metadata and relationships between data sets. Kumar Srivastava, the senior director of product management at ClearStory Data, explained via phone that ClearStory’s algorithms can determine if data sets have a sibling relationship or a child/parent relationship, as well as whether the data contains location, time, categories, names and so on — the metadata about the data.

If you’ve read anything about data lakes, you’ll know that’s one of the concerns experts have about porting large amounts of data into a Hadoop store. And sure enough, Srivastava said they are hearing from enterprises clients who are unable to govern and manage their data lakes. 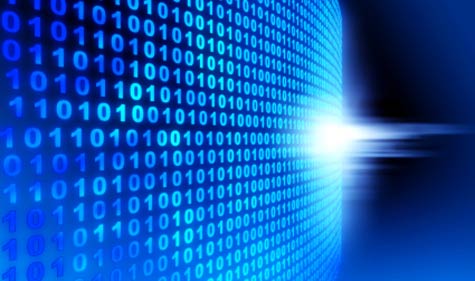 “What we’ve seen in big enterprise customers is they are creating data lakes – or what we call a modern data architecture – where creators don’t have to worry about how data will be used in analysis, just pooling all the data in central storage,” Srivastava said. “We realized it’s getting hard to discover the data that exists in the data lakes. That limits to me the value you can get out of it.”

The company realized its algorithms could help, so it’s now offering an API platform that has opened those functions as services. Now enterprises can access and use ClearStory’s APIs to support their internal applications.

Additionally, the company is working to support deeper integration with Hortonwork’s distribution of Hadoop. That effort will complement Hortonwork’s own governance initiative, Srivastava added.

If you’d like to read more, Information Week compared ClearStory to another Spark-driven start-up, Databricks Cloud.