At the Jenkins 2015 User Conference this week, XebiaLabs unveiled an update to an XL Deploy application release automation (ARA) tool that now makes it possible to keep track of all those dependencies.

Andrew Phillips, vice president of product development for XebiaLabs, said that as IT organizations move to adopt agile development and continuous integration methodologies such as Jenkins, there’s no doubt that the rate at which application code is being released has increased substantially. The trouble is that most IT organizations are still relying on the memory of the developer to keep track of which components within any given application are dependent on one another or, more complex still, components that reside in an application they didn’t work on. 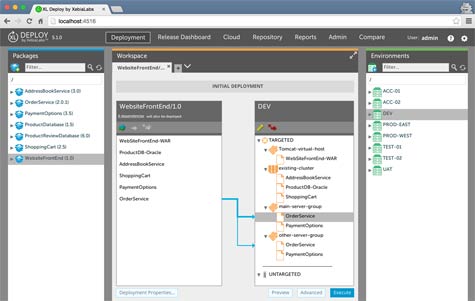 Making matters even more complex, Phillips notes that as IT organizations move to embrace modern application development frameworks based on microservices that rely on containers such as Docker, the greater the number of dependencies there eventually will be. In addition, in the age of the cloud, many of the services that any given application depends on are now more likely to be distributed across multiple data centers.

As a result, Phillips contends that IT organizations need a more centralized mechanism for keeping track of changes to application components. That “housekeeping” activity, adds Phillips, is often the difference between an application working the first time it’s deployed and a developer having to go back and rewrite large segments of that application, which by definition will mean missing an application deployment deadline.

They say failing to plan is planning to fail. That’s never been truer in the world of application development and deployment than it is today, and every day going forward as well.