If Dinosaurs Had Big Data, Would They Be Extinct?

As part of an effort to provide enhanced security and auditing tools around software-defined data marts that can be deployed on a virtual machine, Metanautix this week released an update to its Quest data compute engine.

Metanautix CEO Theo Vassilakis says Quest 2.0 adds more enterprise-class features to the platform, such as the ability to define access by roles, increased scalability, and the ability to cache data and manage multiple data sets as if they were one logical entity.

In general, Metanautix has created a platform that enables analysts to dynamically create SQL-compatible data marts regardless of the original form of the data being analyzed using technology concepts originally pioneered at Facebook and Google.

With this latest release, Vassilakis says Metanautix is now hardening the platform in a way that IT organizations have come to expect of any data platform that would be deployed in the enterprise. 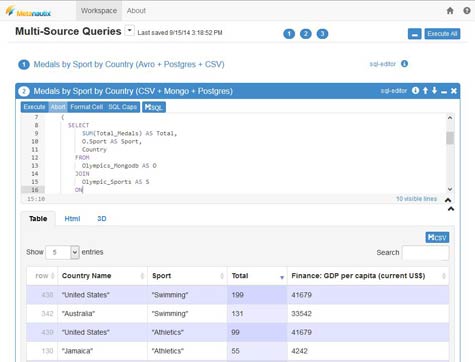 At the moment, most enterprise IT organizations spend an inordinate amount of time shaping data inside data warehouses to enable it to be consumed by a variety of analytics applications. Metanautix is essentially contending that the time has come for IT to get out of that business, which should at least theoretically make a lot more time available to add value to the business, going well beyond simply moving data from one place to another.

Previous articleFive Trends Shaping the Future of IT
Next articleTwo-Factor Authentication: Better Than Passwords But Still Not Foolproof