Eight Steps to Leveraging Social Networks in Your Job Search

John O’Connor, from TheLadders.com, recently wrote about helping an executive job seeker, “Paul,” who was having trouble making sense of the online social networks he thought were supposed to support his job search.

At the start, Paul had no less than 50 pages of contacts, resume material and logs from his multi-month job search online and offline.

The following eight steps helped Paul replace his unfocused activity and put his online social networking into its proper place. Click through for eight steps to leverage social networking in your job search. Paul developed comments on blogs and short articles for two industry-specific publications where he could grow his authentic brand. 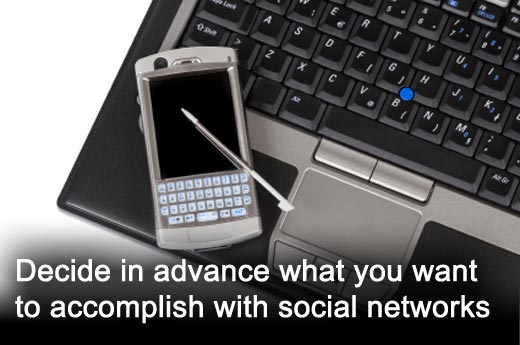 Paul stopped ‘chatting’ with people about myriad issues and developed a business plan for his search and professional conduct. Paul stopped the one-way conversations (via opinions added to Comments pages) and started interacting with key professionals in his field on a number of niche channels, groups on LinkedIn and more. Paul had his resume professionally reworked, then refined it to fit his LinkedIn profile and used various versions to populate other channels where people could read his bio. Paul created two one-minute, industry-focused videos that demonstrated his activity in the industry and added them to his YouTube channel. 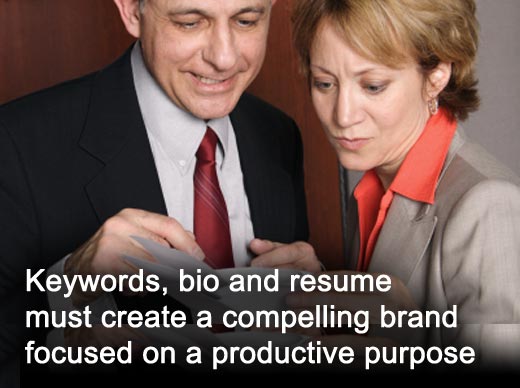 Paul engineered his bio to attract third-party recruiters and began communicating with third-party and corporate recruiters he met through The Ladders Follow Me feature and via other professional introductions. He was also found by recruiters who were hunting for keywords, phrases and other digital insight that let them know he may be an excellent placement candidate. Paul simplified his social-media interactions on eight different channels and focused on a few industry channels that helped him broadcast his value proposition vs. his needs; in fact, he quit 10 “job-seeker” groups on LinkedIn in favor of industry- and association-focused groups within his profession and started interacting with top peers in his field. Paul stopped trying to sell his skills and just enhanced his professional connections and brand.