Emma Watson has replaced Heidi Klum as McAfee’s 2012 most dangerous celebrity to search for online. For the sixth year in a row, McAfee researched popular culture’s most famous people to reveal the riskiest Hollywood actors, athletes, musicians, politicians, designers, and comedians on the Web. The McAfee Most Dangerous Celebrities™ study found that women are more dangerous than men, with Jessica Biel taking the number two spot and Eva Mendes coming in third. Latina women have proven that they are on fire and make up five of the top ten spots. After Mendes, Selena Gomez, Shakira and Salma Hayek take the fourth, seventh and ninth spot and Sofia Vergara rounds out the top 10 list. Funnyman Jimmy Kimmel is the only male to make the top 20 list this year.

Cyber criminals follow the latest trends, often using the names of popular celebrities to lure people to sites that are actually laden with malicious software that are designed to steal passwords and personal information. Anyone looking for the latest videos or files to download could end up with a malware-ridden computer along with the trendy content. This year, searching for a celebrity name with “free downloads” and “nude pictures” as part of the search term resulted in the highest result of risky sites.

“In today’s celebrity culture, consumers expect to be able to go online to catch up with the latest photos, videos, tweets, and stories about their favorite celebrities. Due to the richness of the data and the high interaction, often times consumers forget the risks that they are taking by clicking on the links,” said Paula Greve, director of web security research at McAfee. “As the sophistication and expectations of consumers with respect to their online experience has increased, so has the level and ability to deliver malware either by malvertising, exploiting the user’s browser without their awareness, or masking malicious URLs behind shortened URLs.” Click through for tips on keeping users safe while searching and the top 10 most dangerous celebrities online, as identified by McAfee. 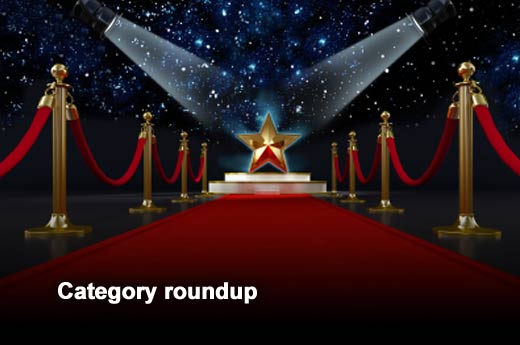 Searching for Latinas is Risky

Women are More Dangerous than Men

Jimmy Kimmel (No. 13) is the only man to make the top 20, with Piers Morgan and Brad Pitt dropping off of the list from No. 3 and No. 10 respectively.

Beware of the Supermodel

Three supermodels have made the top 20 list this year. Searching for downloads of Elle Macpherson (No. 16), Bar Refaeli (No. 17), and Kate Upton (No. 20) can result in landing on a risky site. Musicians are Not Safe

Young female artists are definitely a draw to malware and risky websites. Selena Gomez (No. 4), Shakira (No. 7), and Taylor Swift (No. 15) all rank in the top 20.

Tom Cruise, Katie Holmes, Kristen Stewart, and Robert Pattinson were all absent from this year’s top 50 list despite the publicity surrounding the Cruise-Holmes divorce and the Stewart-Pattinson cheating scandal.

“Hot movies and TV shows, awards and industry accolades seem to be more of a factor than headline-grabbing activity,” said Greve. “Still, searching for any celebrity can bring up risky sites and the public should use caution by not clicking on any page that looks suspicious.”

From One Year to Another And now the top 10 most dangerous cyber celebrities for 2012. 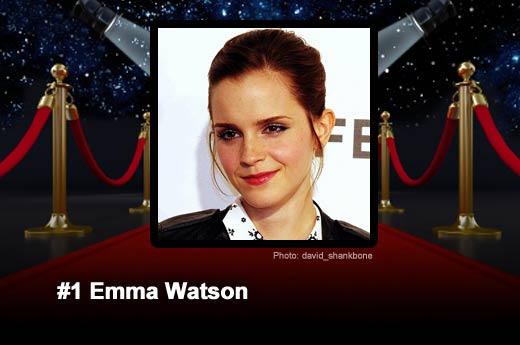 Best known for her role as Hermione Granger in the “Harry Potter” franchise, the British actress tops the list as the 2012 Most Dangerous Celebrity. Watson continues to star in feature films including “My Week with Marilyn” and “The Perks of Being a Wallflower” and is an ambassador for Lancôme. The 2009 Most Dangerous Celebrity rose two spots this year from coming in at number 4 in 2011. Biel continues to be in the spotlight with fiancée Justin Timberlake and her role in 2012’s “Total Recall.” 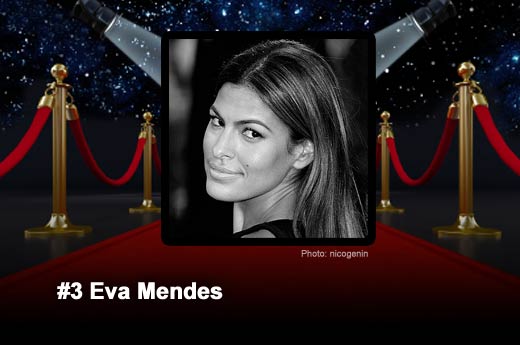 A new addition to the list, Mendes has starred in films including “2 Fast 2 Furious” and “Hitch.” She is currently in the news for her fling with Ryan Gosling. The tween musician and actress is best known for her role as Alex Russo on Disney’s “Wizards of Waverly Place” and for dating teen heartthrob Justin Bieber. She has been cast in the upcoming film “Parental Guidance Suggested” and was recently named one of Forbes’ Top 10 Best Social Media Superstars. The Academy Award winning actress is famous for her stand out roles in action and horror films including “Catwoman” and “Gothika.” Berry is in the spotlight for her custody battle with baby daddy Gabriel Aubry. The sexy actress rose nine spots compared to her number 15 spot last year. She is currently in the news for her pregnancy with husband Brian Austin Green and will be seen in the upcoming film “This is 40.” 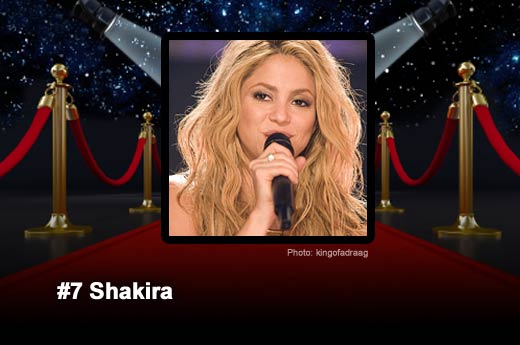 The belly-dancing singer/songwriter best known for her songs “Hips Don’t Lie” and “Whenever, Wherever” comes in at number 7. She was recently named one of Forbes’ World’s Most Powerful Women and was ranked number 6 on Forbes’ Top 10 Best Social Media Superstars. 2010’s Most Dangerous Celebrity fell to eighth place, with searches resulting in slightly fewer risky sites this year. She was most recently in the spotlight for allegedly dating Alex Rodriguez. She is rumored to star in “Expendables 3.” The actress, producer and director received an Academy Award for her role as Frida Kahlo in “Frida” and recently starred in “Savages.” She is currently in the news for her controversial remarks about her Mexican heritage in a Vogue interview. She is married to billionaire François-Henri Pinault. The Columbian actress and model best known for her comedic role as Gloria Delgado-Pritchett on ABC’s Emmy Award winning “Modern Family” rounds out the top 10 list. She also starred in the “The Three Stooges” film this year and was recently named one of Forbes’ World’s Most Powerful Women and highest paid TV actress. She recently announced her engagement to businessman Nick Loeb.

Previous articleIntel Advocates a Return to a Better Past at IDF: Steam Punk
Next articleTech-Heavy Areas Also Lose Most Jobs to China