Halloween has grown exponentially in the last decade, ballooning into a $15 billion industry. Consumers, who are spending over one billion on Halloween activities, are demanding newer, scarier attractions this season. Hauntworld’s list of the top haunted experiences includes the most creative and terrifying haunts anywhere in the U.S., and they have all added something new and special this year.

“There’s no creativity ceiling on the Halloween industry. Consumers expect haunted houses to be scarier every year, so the industry has to tap into modern technology, be truly innovative and create the best experiences possible in order to keep people coming back,” said Larry Kirchner, owner of www.Hauntworld.com. “The haunts on this year’s list are especially impressive and unique. I’ve never seen such ingenious designs and diversity between the top houses in the country. No two houses on the list have the same theme, and each brings its own brand of artistry to the table – there is something on here for everyone, and if you love Halloween, the houses on this list are a must-see.”

Here are the top 15 haunted house attractions in the U.S, as identified by Hauntworld, the world’s largest Halloween resource and online directory of haunted houses and activities. 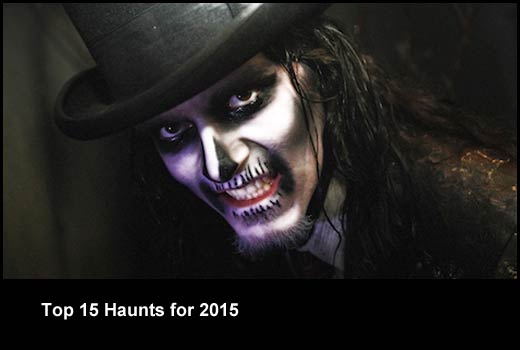 Click through for the scariest and most techified haunted houses in the U.S., as identified by Hauntworld. Haunted Overload – Lee, N.H.: The vibrant, organic design, set in an eerie dark New England forest, creates an assault of the senses for its patrons. 13th Floor – San Antonio, Texas: 13th Floor features all new, high-tech haunts in 2015, including a ‘Burial Ground’ where a hotel manager’s basement has been tunneled out to make room for the remains of the outcast experiments and victims of those who reside in the upstairs mansion as part of the “secret society.” Bennett’s Curse – Baltimore, Md.: Known for its incredible array of giant monsters, huge high-tech animations and skillfully themed shows, this year Bennett’s Curse is featuring the all-new show “Legends of Halloween,” a frightful journey filled with everything you’d expect to see in a classic Halloween setting, but with a horrific Bennett’s Curse twist. Erebus – Pontiac, Mich.: New to Erebus this year is the Dungeon of Dread, filled with unnerving, tormented souls that are sure to make your blood run cold, and the Undead Dolls Quarter, where toys that once filled the dreams of children are now a living nightmare for adults. Cutting Edge – Dallas, Texas: This Guinness World record holding haunted house is thick with music, entertainment and the anticipation of the dark and foreboding journey waiting just beyond the Giant Skull Entrance for an hour-long adventure, referred to as one of the longest adrenaline rushes you can buy. Spookywoods – Greensboro, N.C.: New for 2015 at Kersey Valley Spookywoods are the Escape Rooms and a three-story Haunted Manor, which sends guests into a 50,000 square foot haunted maze featuring monsters, ghouls and zombies, and over 150 costumed characters. House of Torment – Chicago, Ill.: This multi­layered psychological thriller is more like a trip through a modern horror movie than a haunted house, ­ complete with detailed sets, iconic characters and chilling environments. 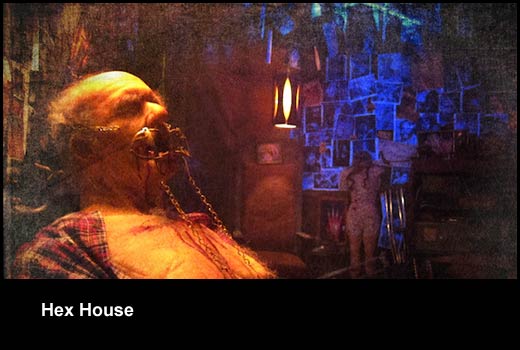 Hex House – Tulsa, Okla.: Hex House features a true tale of mystery, murder, and the occult from Tulsa’s dark past and a real sense of terror permeates every inch of the eerily lit corridors and ghastly rooms in Oklahoma’s premier haunted attraction.