The Seven Deadly Sins of Backup and Recovery

From storms like Hurricane Sandy to component failures to human error, there are myriad situations and emergencies that can threaten an organization’s data, servers and systems. Businesses of all sizes need to make sure their business continuity/disaster recovery plans are up to snuff, so as to minimize downtime, preserve customer service and prevent the often-dire ramifications of data loss.

Having a comprehensive disaster recovery plan doesn’t have to be an elusive goal, though there are common and, unfortunately, crippling mistakes that organizations often make. Based on its experience in the field, Unitrends, a provider of all-in-one backup, archiving, instant recovery and disaster recovery solutions, has identified the seven deadly sins of backup and recovery in the hopes of helping companies avoid a fatal failure.

Organizations, beware: This slideshow features the perilous pitfalls, including information on how and why they happen and, most importantly, how they can be avoided and overcome. 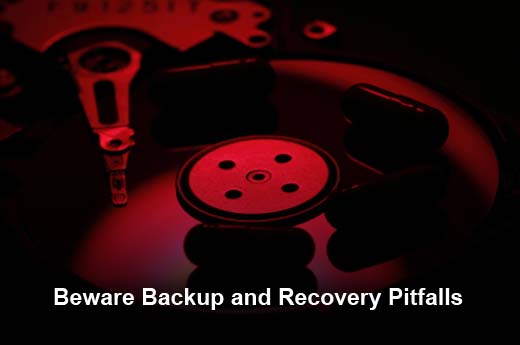 Click through for the seven deadly sins of backup and recovery, as identified by Unitrends. It used to be that backing up only user data was the norm for virtually every organization, but today – with significant risks at the operating system (OS) level – that’s a dangerous mindset. Your data protection processes should include not only backups of user data, but also backups of the OS layer and all applications – along with the ability to quickly restore and recover each. Organizations often spend an enormous amount of time making backups.  However, if the backup volumes can’t be restored on a reliable basis, the process has effectively failed. Don’t be caught by surprise when it’s too late. Instead, make sure your backups are performing correctly and incorporate redundant backups into your disaster recovery plan to compensate for normal error rates. The change rate of your data is a good benchmark to determine how frequently you should test your backup process. 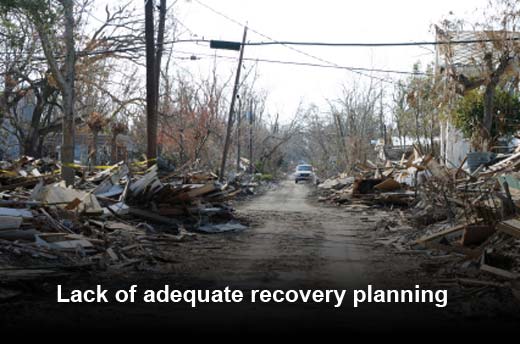 Most IT organizations have at least some level of a “plan” to address a serious IT failure or natural disaster. But these plans often lack specificity and fail to lay out a roadmap for a successful recovery in the event of different kinds of disasters. It’s important you tailor disaster recovery plans to address various scenarios and use technologies capable of backing up your whole IT infrastructure. We tend to think of laptops, desktops and servers as nearly universal devices, and, as such, organizations often don’t consider the risks and complexities of moving software and data between different brands or models. At the same time, they often assume that if there’s a failure and a need to shift to new hardware, they’ll be able to quickly acquire whatever they need. But beware, system driver, application and patch complexities and incompatibilities can undermine the best laid plans. Your organization should think about these issues in advance, and plan for realistic restoration choices in the event of a disaster. With software security threats (such as viruses, malware, etc.) often grabbing headlines and executive attention, organizations can sometimes overlook the importance of physical security. Surprisingly, many companies do not have a formal, secure process for regularly taking backup copies to a remote location, but this is important as a way to combat and recover from natural disasters, on-site mishaps and theft, and also to comply with industry-specific legislative requirements. Replicated disk storage offers benefits including near real-time data protection, as well as ease of configuration. However, drawbacks include the fact that synchronization occurs at a low level, causing errors that naturally occur over time to be immediately replicated to the offsite location. In addition, replication is often resource- and bandwidth-intensive, taxing the corporate network infrastructure. An alternative, preferable approach to offsite data storage is called “vaulting” – allowing for a level of file system integrity not found in a replication environment. It’s also a best practice for IT professionals to look for a vaulting system that moves only changed data to minimize bandwidth requirements and maximize backup windows. Often, the only certainty in backup and disaster planning is that the post-disaster environment will be at least somewhat different than what was expected and planned for.  As a result, it’s important to select solutions that incorporate natural flexibility. For example, the ability to restore to a virtual machine environment gives your IT leaders intrinsic choices. By picking a business continuity solution that accommodates the majority of the needs you’ve already identified – plus others that may not be in today’s plan but could still be useful – you’re well on your way to being back in business quickly.