At this point, most small to medium-sized businesses have tackled some level of virtualization. While many IT leads lost sleep in the process, they were able to work some serious magic with their server environments. With a virtual environment now in place, the next logical step is figuring out how to use that infrastructure in other areas of the enterprise — it’s time to look at bringing virtual desktops into the mix.

Once the decision has been made to attempt a virtual desktop deployment, there are some key steps that have to be taken before the benefits can be realized. Darren Schoen, director of technology infrastructure for the Broward Center for the Performing Arts, has jumped through these hurtles himself and has identified 10 steps to help demystify the process so others can complete it more smoothly. Click through for 10 steps that must be taken before the benefits of a virtual desktop deployment can be realized, as identified by Darren Schoen, director of technology infrastructure for the Broward Center for the Performing Arts and a regional trainer for Spiceworks. 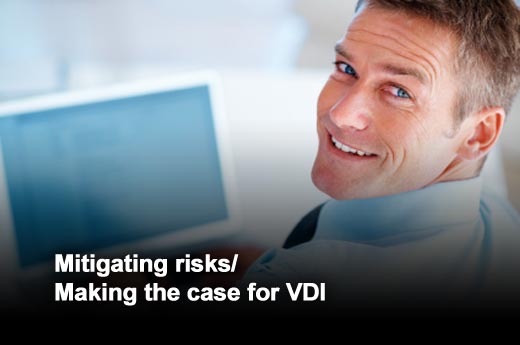 Moving from virtualizing your servers to desktops is a major shift for the average IT person. In the end, one of the biggest challenges with desktop virtualization is figuring out how to effectively bring a full desktop experience to the end users in a cost-effective manner.

When making the case for desktop virtualization, it is important to highlight the fact that for many, the hard work was done while virtualizing the server environment. Virtualizing the desktop environment can be as straightforward as purchasing a simple zero-client solution that comes with everything out of the box: hardware, software and licenses. From a network point of view, most VDI solutions just extend the I/O bus out from the data center to the end user. Good news if you have a network that isn’t 10GB out to the workstations; 100MB connections work fine for VDI as most of the heavy data traffic resides in the data center.

On the virtual end, setting up a smaller number of VDI desktops on existing hardware is easily done in most robust virtual infrastructures. Once the IT pro has successfully proven the business case for VDI, a dedicated front-end (using shared storage) or stand-alone server is usually the best course. For many, spinning up 10 to 30 low-resource desktops (compared to virtualizing high-resource servers) is something that can be done without adding additional hardware. 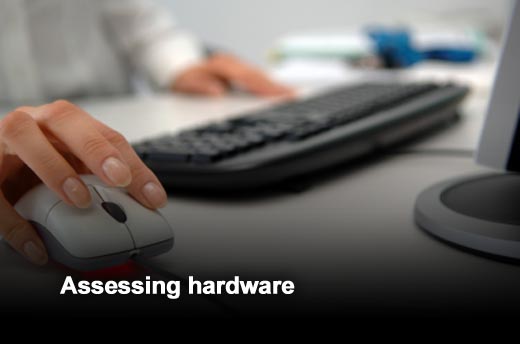 When assessing your hardware situation, take into account the PC refresh cycle. You should also keep in mind what your current hardware is already costing you. Hardware warranty costs (and failures if not under warranty) are a huge drain on IT budgets, and there really is no avoiding or preventing workstations from breaking down.

However, with a zero-client VDI solution, IT admins can avoid that headache all together because these devices are solid state, have no moving parts — they don’t contain hard drives or memory to crash, no fans to fail and no motherboards to short circuit. There are multiple factors that go into assessing the cost of implementing a virtual desktop infrastructure. One thing to be aware of is operating system (OS) licensing costs. Depending on the OS you choose to virtualize, there may be an additional cost in connecting to this virtual machine through any method of VDI.

However, if planning a large-scale deployment, power costs need to come into the conversation. Using a zero- or thin-client solution can really cut down on electrical consumption and that adds up in today’s economic environment — not to mention UPS units. Lower power means less beefy UPS units for individual machines and that can save $30 to 50 per machine. 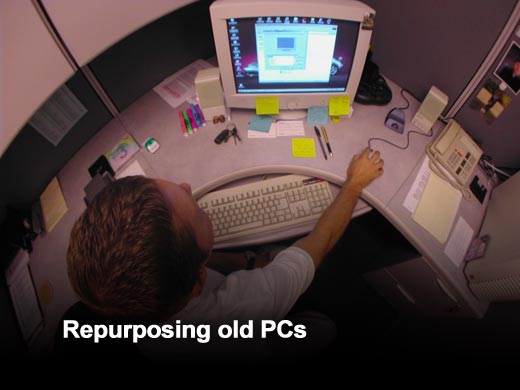 While assessing cost, you may feel that it is not necessary to replace some of your still-functioning PCs. There are several VDI providers on the market that provide virtual client software that lets customers repurpose business-class PCs or laptops to work as a system endpoint. This flexibility allows for some breathing room while you decide how much and how fast to virtualize your desktop environment as well as extend the lifecycle of existing PCs. Managing and supporting end users on virtual desktops is as easy as opening the admin console for your hypervisor. IT staff can connect to the actual desktop from the comfort of their office and see the boot-up sequence. Issues can be addressed in minutes rather than hours with less effort. This cuts down on support time (and the support cost for the tools that were being used) and, therefore, dollars! Unless an organization has spare physical desktops lying around pre-loaded, deploying a setup for a new user can take hours if not days. Deploying a new virtual desktop is just a matter of deploying a template with all apps pre-loaded.

The key to achieving maximum scalability from your VDI deployment comes from investing in your virtual infrastructure. With more processor, memory and disk overhead, the large deployment nightmare is over. Extra RAM, disk and processor power is a much more frugal investment than spare physical PCs. 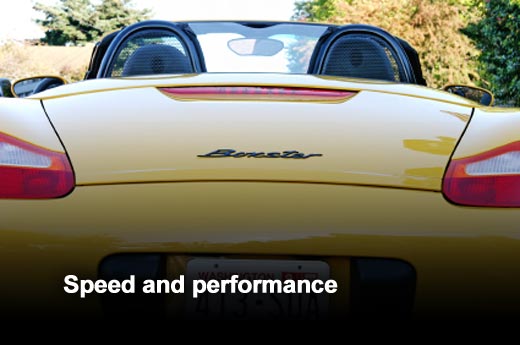 This is often overlooked when deploying VDI. As stated earlier, all substantial network traffic lives within the data center network. The only traffic to a zero client is I/O. Since this traffic is all on a more robust network, they will see a serious performance increase.

In addition, since many hypervisors manage memory and processor resources much better than individual desktops, virtual desktops do not need to have the same beefy specs as a physical desktop. Despite the benefits with VDI, users can experience high latency from the client to the server. Additionally, performance graphics applications don’t do well in a VDI environment. Lastly, with a thin- or zero-client implementation, remember there is no optical drive that comes in the unit. External components may be necessary for certain situations. Are any of these deal-breakers? Depends on your environment and users’ needs, but for most they are not. Surprisingly, a small to medium-sized business deploying a zero-client desktop virtualization solution has to migrate about 20 to 25 employees from PCs to virtual desktops to start seeing ROI. The cost savings over time from not having to replace ailing devices, coupled with increased employee productivity alone, can save considerable money.