Tape technology celebrated its 63rd birthday on Thursday, May 21, and unlike some of us, it’s managed to only get better with age. Did you know that in 1952, when tape was first created, it weighed 935 pounds and held 2.3 MB of data? Today, it weighs closer to 12 pounds. Now that’s a digital diet!

To celebrate tape’s birthday and better understand how tape has remained a viable and vital means of protecting data, Iron Mountain has compiled 10 interesting facts about tape backup you may not have known. 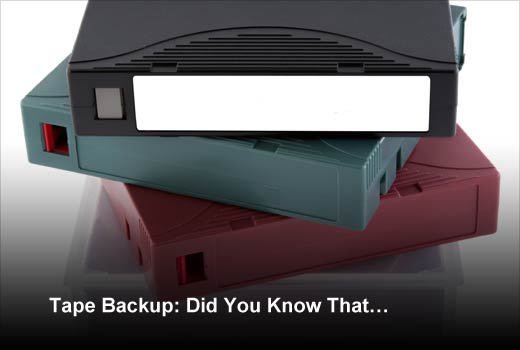 Tape Backup: Did You Know That…

Click through for 10 interesting facts about tape backup you may not have known, as identified by Iron Mountain. A Primary Means for Backup

Despite all of the new technologies, including cloud, tape has been the primary means by which organizations back up and recover critical data for over 50 years. Reels the Size of a Pizza

The first tape reader/recorder had reels the size of a pizza and its drive was as big as a refrigerator. A single tape often reached 1,200 feet in length. The largest tape can store up to 185 terabytes versus just 10 terabytes for the largest available disk drive. 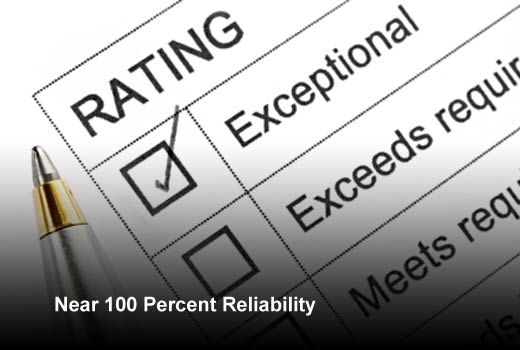 Automated tape systems have a proven reliability rate of more than five 9’s, or 99.999%, according to a NERSC study. According to Gartner, disk-to-disk-to-tape should remain the predominant strategy for enterprises through 2015, despite newer disk-based solutions gaining favor. Tape and cloud-based archive should be friends, not foes – when companies craft a strategy that balances both of their benefits, they often see measurable results. Tape’s Got Your Back

Tape has proven its value as a reliable method for recovering data in the best and worst of circumstances. In other words, it’s always got your back. It has helped many companies recover from natural and man-made disasters, breaches, viruses and other security violations. The Future of Tape

There are big things in store for commercially available tape, as future generations have already been planned, and each will take the capacity of tape to previously unseen levels, reaching capacities of up to 48 terabytes.

Previous articleSeven Ways to Build and Maintain Customer Loyalty
Next articleLike Everything Else, Bots Are Going Mobile