SSDs Move up the IT Agenda

Storage systems are going through a rapid period of innovation that probably exceeds anything that IT organizations have seen in the last 10 years. The primary reason for this is that the rise of virtualization coupled with the advent of low-cost Flash memory is creating a recipe for storage change.

According to Steve Wojtowecz, IBM vice president of storage software development, what’s most surprising about all this is the number of people who are already moving to make SSDs a standard part of the enterprise storage landscape. Wojtowecz says this suggests that IT organizations are struggling to cope with increased amounts of unstructured data that businesses want to analyze as part of a strategic Big Data project. The problem, adds Wojtowecz, is that existing storage systems are not up to the task of processing all that information at sufficient speeds.

What this ultimately means is that a new tier of “Level Zero” storage is being introduced into the enterprise that relies on inexpensive Flash memory technology. Of course, there’s a lot of research currently being conducted around various forms of memory, so it remains to be seen how many different types of memory technologies will find their way into the enterprise in the years ahead.

In the meantime, it’s pretty apparent that many IT organizations are going to have to rethink how they manage data because multiple applications sharing the same server are going to require new ways to maintain or improve existing levels of application performance. 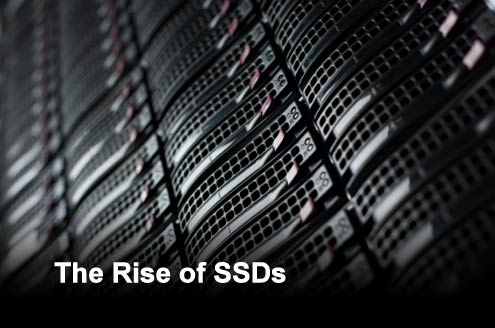 Click through for a survey on SSD adoption, conducted by IBOPE Zogby International on behalf of IBM Realization starts to set in. 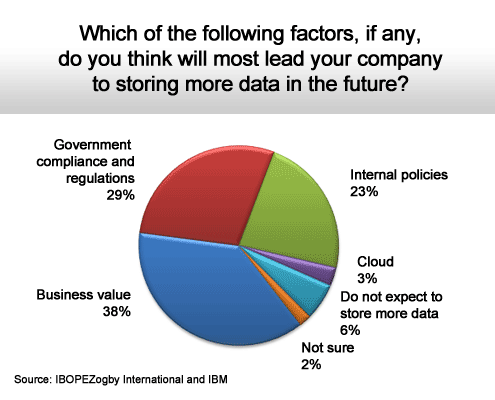 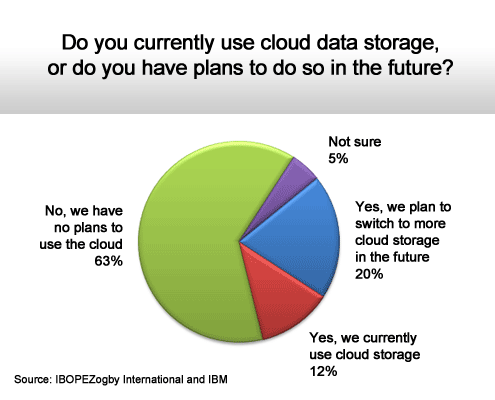 On premise still dominates, but cloud is growing. 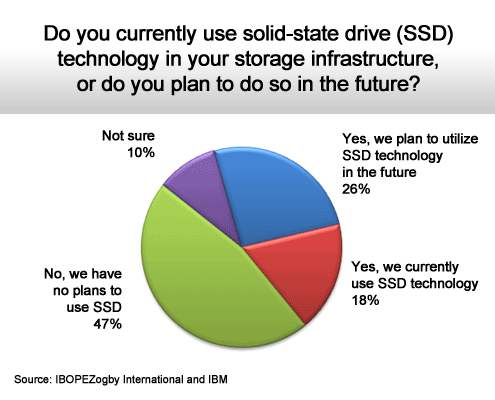 Fairly far along, given maturity of technology. A need for speed. Virtualization is the driving force.