How Communications, Preparation and Willingness to Help Were Keys in Hurricane Crises

The severity of the weather during the past month is startling. Hurricanes Harvey and Irma are breathtaking examples that we are all at the mercy of Mother Nature, no matter how far technology has advanced.

But technology can help mitigate the worst of a storm’s impact, and it can save lives. This slideshow, put together mostly between the two devastating storms, shows how entrepreneurial thinking, innovation and selflessness can make things better, covering how organizations reacted and telecommunications products that helped.

If we can learn a major lesson, it’s that nothing is more important than planning ahead. What can be done once the winds start howling and the rain starts falling is limited. Lexography suggests that attention be paid to employee safety. Some crucial steps: Create a comprehensive emergency action plan, make sure employees are familiar with the plan, recognize both short-term and long-term dangers employees face, ensure that employees are trained, review regulations before assigning cleanup tasks, and assess the safety records of independent contractors hired for the cleanup. 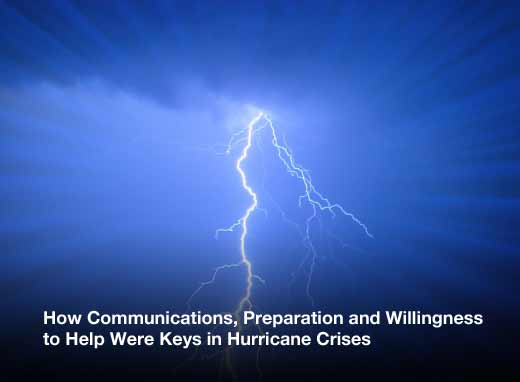 How Communications, Preparation and Willingness to Help Were Keys in Hurricane Crises

Entrepreneurial thinking, innovation and selflessness can make things better during crises. Here is a look at how organizations reacted and telecommunications products helped during recent hurricane crises. Of course, the greatest crisis preventative is to limit problems in the first place. Before Hurricane Harvey, AT&T described some of the steps it was taking. The carrier topped off generators, tested high-capacity backup generators at cell sites, and limited the impact of flooding by moving as much equipment as possible to higher floors. The last item, of course, was prescient.

AT&T pre-positioned seven COLTs (cell on light trucks), three emergency communications vehicles and three charging stations. This was in addition to longer-term steps that had been taken in the flood-prone area. Drones Fly in Where People Fear to Tread During Hurricanes

Drones have gradually been working themselves into the enterprise and carrier playbook. Hurricane Harvey may prove to have been the coming out party for drones.

The Federal Aviation Administration (FAA) generally suspends air traffic during emergencies. Wired reports that it made many exceptions – 43 at the time the story was posted and presumably more since – for drones. They had to follow drone rules (fly below 400 feet, within pilot’s vision and not over crowds). PCPC Direct: No Disruption During Hurricane

Houston-based data center firm PCPC Direct was not under water. However, much of the surrounding area was. Therefore, the decision was made to have the entire staff work remotely. This included accounting, administrative and help desk teams.

Though having everyone work from home instead of the office is a big change, the company’s business continuity plan worked. Services, according to CRN, “remained largely uninterrupted.” Email, applications and terminal services were set up and ready to go for employees. The Mobile Emergency Response Support detachment was charged with connectivity for the U.S. Coast Guard, the American Red Cross, the Department of Housing and Urban Development, The Department of Human Services and the Defense Department. 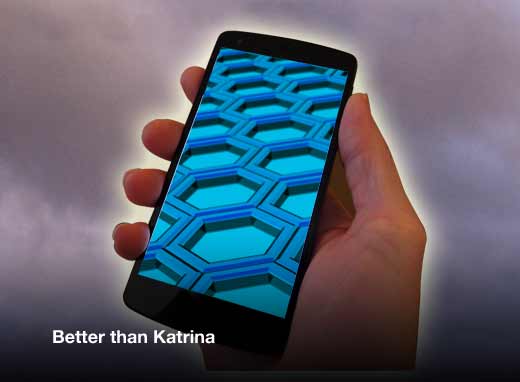 Several reasons account for the better performance. Of course, the technology itself has evolved and networks have grown more resilient. In addition, during the dozen years between the events, procedures, such as deploying of portable generators, have grown more refined and more proactively implemented. Most people stick their phones in a big bag of rice if they get wet. And most people end up buying new phones, because the rice trick is not very effective. It is possible to professionally dry wet phones, however, and Verizon retailer A Wireless is using technology from Redux to save the phones, tablets and wearables of people in the affected region.

The offer is for free drying services, which usually cost about $100, until September 30. Thirteen A Wireless stores in Texas and eight in Houston are making the offer. Communicating Off the Grid During Storms

Two realities: 1. Though networks are growing more robust, stable and reliable, they will never be impervious to bad weather. 2. Entrepreneurs fill needs as they occur.

One such entrepreneurial initiative aimed at network downtime is goTenna and goTenna Mesh. The technology enables people to create ad hoc networks. CEO Daniela Perdomo told The Washington Post that downloads of the app spiked after Hurricane Harvey and before Hurricane Irma.

The app, which is used by the military and disaster workers, can pair with a phone’s GPS and text using Bluetooth and create connections that cover four miles (though coverage is less depending upon terrain) if the telecom network crashes. The devices can also be used to create larger networks. The Zello Walkie-Talkie App Takes Off

Another product that came along at the right time is Zello, a walkie-talkie app. Digital Trends says that millions downloaded the app as Hurricane Irma approached Florida. Zello can support two to 1,000 users. People can create their own channels, join existing channels, or speak chat one-on-one with another person.

The app launched in Russian as LoudTalks in 2007 and has 100 million worldwide users. That number got bumped by 6 million due to the coming storm. It was the top free app at the iOS Apple store. 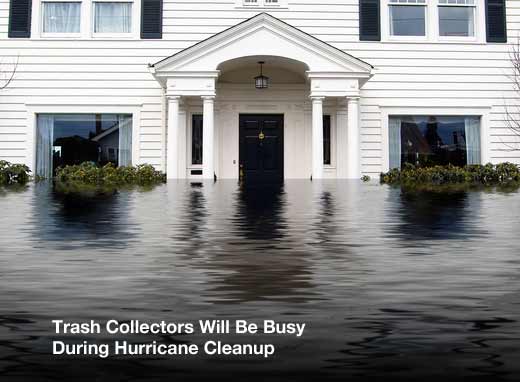 Trash Collectors Will Be Busy During Hurricane Cleanup

Trash collectors are now among the busiest people in Houston. Just about nothing is salvageable from a house that has been turned into a swimming pool.

This mass removal must be well executed. Waste Management is allowing free access to its software platform to encourage coordination. Waste360 reports that its posting and communication tools are available to the entire waste disposal ecosystem. This includes waste vendors, brokers, transporters, emergency response companies and suppliers of containers, absorbents and other items. 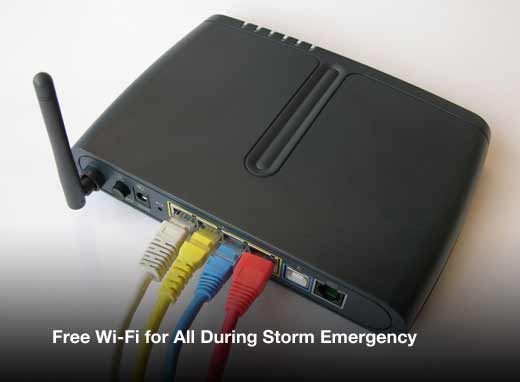 Free Wi-Fi for All During Storm Emergency

In emergencies, companies do everything they can. Comcast almost immediately opened its 53,000 Xfinity hotspots in the Houston area to residents and emergency workers, whether or not they are Comcast customers, according to Covering Katy.

Non-subscribers had to renew their complimentary access every two hours. The offer expired on September 8.