There’s no doubt that open software has been a boon to IT. Without it there would be a lot fewer IT projects to go round because of not only the cost of proprietary commercial software, but also the complexity of acquiring it.

In fact, a new survey of 1,500 IT people conducted by Sonatype, a provider of open source project management software for application development, finds that almost half of them have standardized on some form of open source software, while another 26 percent said they make frequent use of it.

But the survey also shines a light on the fact that there is no governance over open source software usage within most organizations. Charles Gold, chief marketing officer for Sonatype, says that could prove to be a significant problem for IT organizations because it makes it difficult to keep track of what version of any given open source software artifact is included in any given project.

That not only creates a management headache in terms of trying to manage the overall application development process, it could have legal ramifications down the road should any of those artifacts become the subject of a patent infringement case. Most companies might not even be aware that they are relying on those artifacts until someone makes them a party in a lawsuit they are bringing against someone else.

None of that necessarily means IT organizations should shy away from open source software. In fact, in the wake of the economic downturn, more companies have adopted an “open source first” approach to IT to help rein in costs.

But Gold says there is a strong economic case for taking a more structured approach to managing its usage throughout the organization. After all, a “don’t ask, don’t tell” approach to any kind of application development project that eliminates management’s visibility into what is being used when and where is just begging for trouble later on down the line. 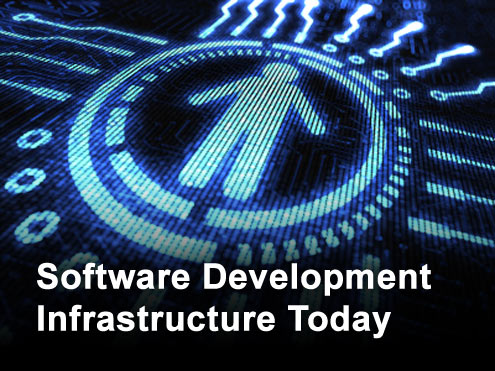 Click through for results from a software development survey conducted by Sonatype. 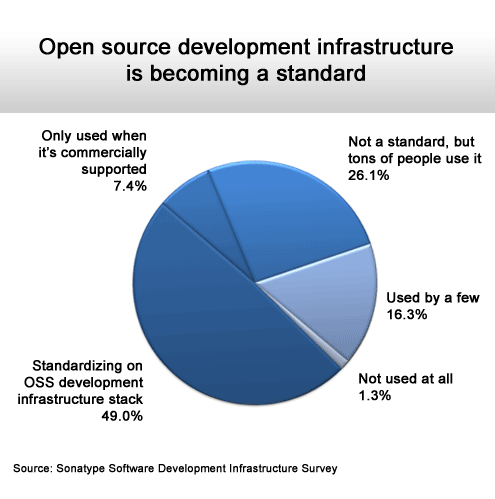 Just about half said yes. There are no rules. 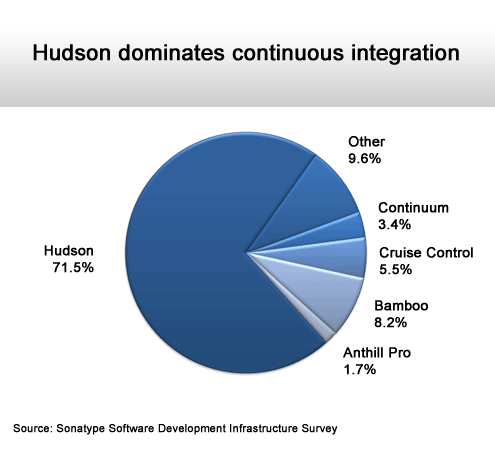 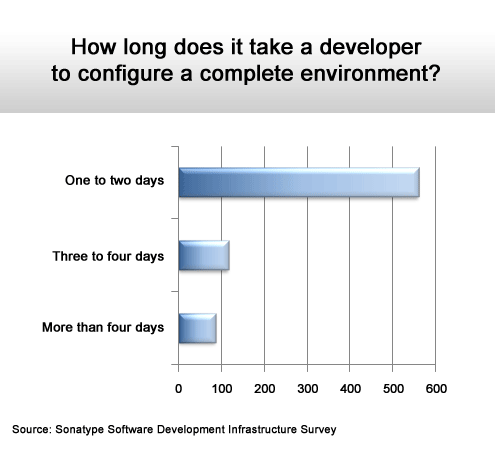 The majority only need one to two days. Not much in the way of real governance. Only 13.5 percent are formally governed. 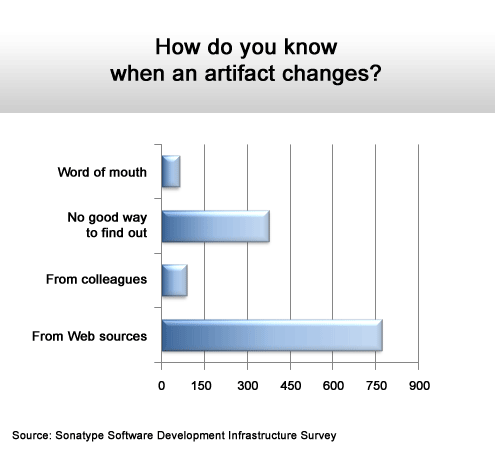 Hanging around the Web water cooler. A glaring hole in the open source process. A hands-on touch from their peers.