At the Flash Memory Summit 2017 conference, Seagate today announced it is adding more NVMe and SAS solid-state drives (SSD) to its portfolio in addition to demonstrating a 64TB NVMe card configured with SSDs that can access data 13GB per second.

Kent Smith, senior director of product marketing for Seagate, says the 2TB Nytro 5000 NVMe M.2 SSD can support up to 67,000 IOPs for random writes, while a 15TB Nytro 3000 SAS SSD can provide up 2,200 megabytes per second (MB/s) in sequential read performance through a 12-gigabits per second (Gb/S) SAS dual or wide port interface.

Smith says, for the moment at least, most organizations are still connecting SSDs to SAS interfaces. But as NVMe systems become more widely employed following the launch of the latest Xeon processors from Intel, it’s only a matter of time before IT organizations begin to more aggressively consolidate servers and storage systems, especially if they can attach 64TB SSDs cards to an NVMe server.

The irony of all this, of course, is that it wasn’t all that long ago that the average enterprise was concerned about both the amount of physical space and heat being generated inside the data center. While that may still be an issue for web-scale companies that need to build data centers near inexpensive sources of power, it now looks like the average enterprise IT organization will be able to comfortably run most of their workloads on new generations of NVMe servers. 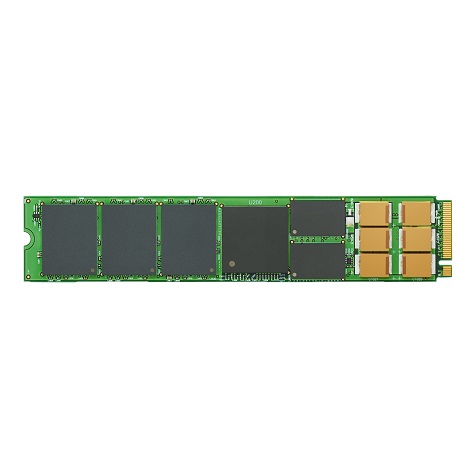 Of course, it may take a while for the average IT organization to make that transition. In the meantime, IT organizations might want to start recalculating what it will really cost in the years ahead to run any given type of application workload inside their very own data center.