Network Visibility Can Help Avoid the IT Blame Game

With the number and types of physical and virtual servers in the enterprise rapidly expanding, many IT organizations are looking for ways to centralize the management of them all. Rather than having to swivel between multiple management consoles, a management framework that can address the broad spectrum of x86 servers would save both time and money.

To address that requirement, Piston Cloud Computing today released an update to its Piston OpenStack distribution that now includes a zero-downtime update service, supports both online and near-line upgrades, and provides more visibility into each node’s storage profile.

In addition, Piston Cloud Computing has added support for a total cost of ownership (TCO) calculator and OpenStack Icehouse, the latest version of the open source OpenStack cloud management framework. 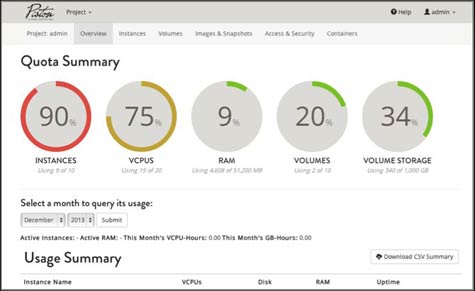 With the proliferation of multiple types of virtual machines running on any number of x86 servers, McKenty says IT organizations need an approach to managing all the infrastructure that more easily allows developers to directly invoke it. As OpenStack continues to mature, McKenty says it’s clear the developers want to be able to directly access infrastructure resources via one common set of application programming interfaces.

The degree to which independent providers of management frameworks can usurp vendors such as VMware and Microsoft in the enterprise remains to be seen. But with the arrival of OpenStack as a management framework for x86 server environments, IT organizations now clearly have another viable option to consider.