9 Critical Questions to Ask Your IT Service Provider

As graphical processing units (GPUs) become more accessible and affordable both inside and out, many organizations are going to reconsider their database options for certain classes of analytics workloads.

That’s the proposition that Kinetica is betting on, following the launch of a 6.0 version of its namesake in-memory database and disclosing that it has picked up an additional $6 million in funding.

Kinetica CTO Nima Negahban says GPUs are changing the economics of distributed databases. Rather than having to employ a much larger number of x86 processors, Negahban says fewer GPUs can be employed to drive real-time analytics applications. 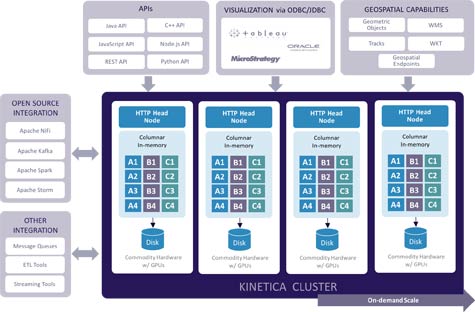 Negahban says Kinetica, originally developed for the U.S. Army, makes uses of a columnar data store and the CUDA application programming interfaces (APIs) defined by NVIDIA to provide a much more cost-effective platform for analytics applications.

Not too long ago, the primary platform debate was whether to go with an x86 processor or alternatives based in RISC architectures. But as GPUs become viable across a much broader number of use cases, the hardware debate in the enterprise now involves a much more diverse set of options than any time in recent memory.