Virtual desktop infrastructure (VDI) has been one of those ideas that promises to make managing IT simpler, but turns out to be too expensive and complex to implement. Because of this, the number of virtual desktops deployed as a percentage of the total desktops in an enterprise remains comparatively small.

To change that equation, Hewlett Packard Enterprise (HPE) has revealed it is partnering with Workspot to create a VDI offering that can be deployed in about an hour on an HPE Hyper Converged 380 platform. Workspot has collapsed the number of modules required to deploy VDI software, reducing the time it takes to implement VDI, improving overall VDI performance, and reducing the total IT infrastructure costs associated with deploying VDI. 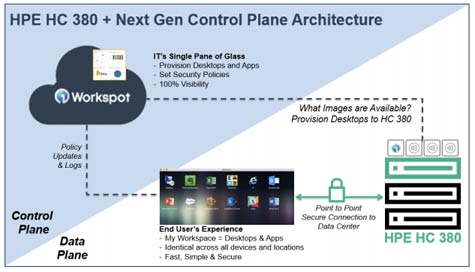 Brad Peterson, vice president of marketing for Workspot, notes that IT organizations are looking for the fastest way possible to deploy a VDI solution. By partnering with HPE, that deployment experience becomes simpler on a platform designed from the ground up to provide access to Flash storage optimized for VDI deployments.

When it comes to VDI, it remains to be seen to what degree Workspot can usurp rivals such as VMware and Citrix. In general, VDI adoption in the enterprise has been something of a disappointment. On the other hand, it would not be the first time a technology took the better part of a decade to mature to the point where it was finally enterprise ready.