According to HotLink CEO Lynn LeBlanc, the ability to run application workloads on other virtual machine platforms that cost less to license is getting a lot of attention from IT organizations. The challenge they face is that they can’t afford to acquire multiple management consoles, each of which would require them to train people to master. Instead, LeBlanc says they would rather continue to use a VMware vSphere console they have already invested in to manage additional virtual machine platforms. 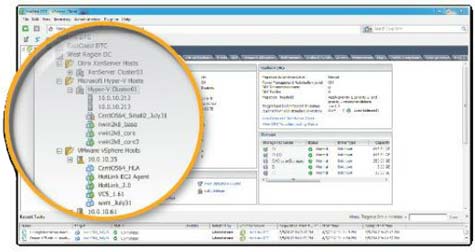 LeBlanc says HotLink sees its software as an integration hub for virtual machine platforms running on premise and on cloud computing platforms such as Amazon EC2. Rather than just giving organizations visibility into those platforms, however, version 2.0 of SuperVISOR for VMware vCenter is designed to allow IT organizations to extend automation tools across multiple hypervisor environments.

In addition to releasing an upgrade, HotLink today also announced that the company is offering a version of its software, which can support up to 15 virtual machines running across as many as three hosts, for free.

There’s no doubt that virtualization management is getting more complex with each passing day. Rather than hiring dedicated specialists to manage each virtual machine platform, it’s clear that IT organizations are going to need a more efficient approach that allows them to scale limited IT virtualization expertise across multiple platforms.

viz20130122-02
Previous articleAPIs as a Management Issue
Next articleTop Posts and Tweets Among CIOs, CTOs Shed Light on 2013 Trends