Conventional wisdom has it that e-mail servers are not one of the best applications to run on top of a virtual machine because of performance concerns.

And yet a new survey of over 200 IT professionals conducted at the recent VMworld 2010 conference by Sendmail finds that a large percentage of them are already running their mail store on top of a virtual server. In addition, a significant percentage are taking a modular approach to their e-mail systems by opting to run certain tasks, such as archiving, on a virtual server.

Almost half the respondents conceded that they had performance concerns related to running e-mail systems on top of a virtual server when they started. But the need to increase server utilization rates in addition to providing higher levels of availability pushed them toward virtualization. And now almost half of them report that their virtual environments are meeting their expectations.

It may take a while for the rest of the mission-critical applications in the enterprise to migrate to virtual servers, but it looks like e-mail systems are well on their way. Click through for survey results from Sendmail on the current state of e-mail virtualization. 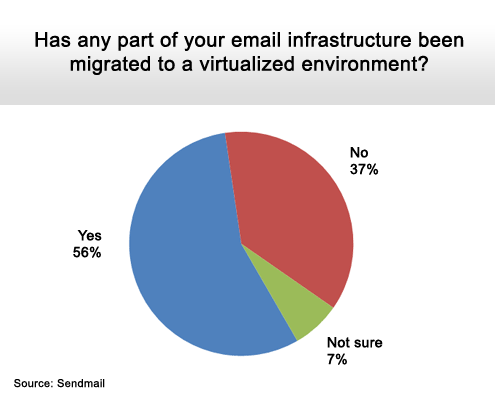 Just over half have some experience with virtualization. About a third of those that haven’t moved may never move. The core mail store tops the list, followed by archiving. Performance is always a concern. 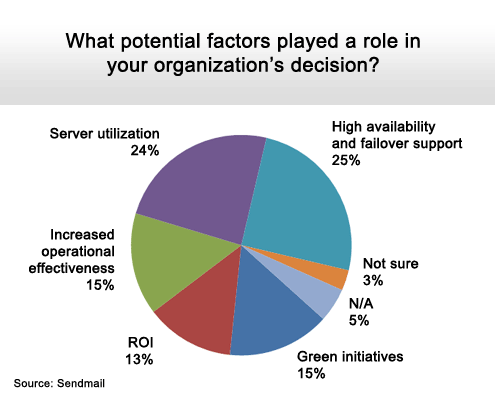 Server utilization tops the list, but other factors are gaining.