Data virtualization has become a critical technology for exposing large amounts of data to other applications without necessarily having to physically transfer data between on-premise data centers and the cloud or between two cloud computing platforms. The challenge is that a lot of that data tends to be fairly sensitive.

To address that issue on an even larger scale, Delphix announced this week it has acquired Axis Technology Software, a provider of data masking software that is used to hide sensitive data within a particular application.

Rick Caccia, chief marketing officer for Delphix, says Delphix already licenses data masking software from Axis Technology Software for use inside the Delphix software, which can be installed on-premise or in the cloud to create virtual copies of files, applications or even entire databases. Delphix felt the need to not only exercise more control over a core capability in the Delphix software, but also, it wants to be able to apply the data-masking software from Axis Technology Software to additional data sources, such as Hadoop and mainframe data, says Caccia. 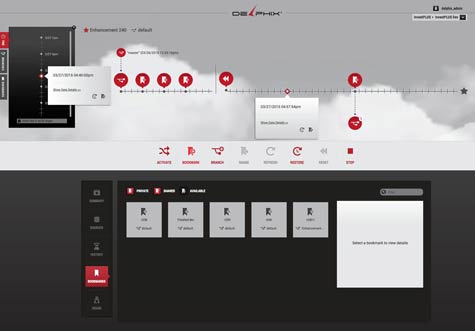 In general, data virtualization is being used most in application development and testing scenarios where it allows developers to access data in production environments without having to copy it. In addition, IT organizations often make use of data virtualization when moving applications from one data center to another.

The issue all that data movement creates from a compliance perspective is that developers, for example, should not have access to sensitive production data, such as credit card numbers. By combining data virtualization and data masking, Caccia says Delphix is addressing ways to securely deliver data access as well as any other service in the enterprise.

Most IT organizations are just now coming to understand the potential use cases for data virtualization inside the enterprise. But it is becoming apparent that the need to physically move data around the enterprise is not going to be as pronounced as it once was.