Flash Storage Architecture: What’s Available and Why It Matters

IT organizations are going to have to get used to the idea that there are multiple types of containers that are optimized for different use cases. For example, there are containers such as Docker that can run on bare metal servers and virtual machines. Then there is LXD, a container hypervisor for machines that eliminates the need for traditional hypervisors.

Today, Canonical formally announced that LXD is now supported on the Mitaka edition of the OpenStack cloud management framework in version 16.04 of the Long Term Support (LTS) edition of Ubuntu. In addition, Canonical announced that a new “snap” packaging format for distributing applications faster, along with support for ZFS and CephFS object storage and IBM mainframes, are now all officially part of the version of Ubuntu that Canonical is committed to supporting for at least five years.

LXD is also part of version 2.0 of LXC, the Linux Containers project led by Linux Containers.org. Anand Krishnan, executive vice president and general manager of cloud at Canonical, says that LXD will soon become a popular alternative to traditional hypervisors. Canonical claims that LXD hypervisors are able to support IT server environments that are 14 times more dense than what other hypervisors can support. 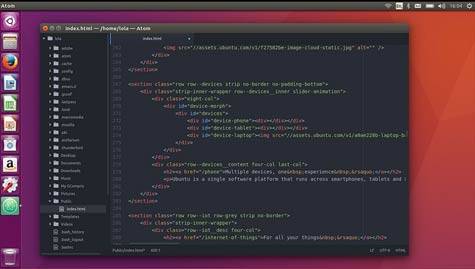 Krishnan says early access to LXD has been one of the reasons that so many modern cloud native applications and OpenStack deployments run on Ubuntu. LXD, stresses Krishnan, is not a competitor of Docker as much as it is a threat to hypervisors from VMware. The goal is to provide all the isolation benefits of a hypervisor without compromising the performance of a bare metal server, says Krishnan.

It may take a while to sort out all the use cases for various containers that are now available on a variety of different platforms. But one way or another, the number of container applications running on a server will soon be orders of magnitude higher than anything most IT organizations ever imagined.