Don Tennant has come to know a lot of CIOs and other IT leaders over the years, and if there’s one quality that characterizes those who’ve been the most successful, it has to be their willingness to make tough decisions without feeling compelled to go through the time- and energy-sapping ordeal of trying to build a consensus or analyzing the situation to death. So when he spoke recently with Michael Feuer, the co-founder and longtime CEO of OfficeMax, he was nodding so much he says he felt like a bobblehead in an earthquake.

According to Don, Feuer, author of the book, "The Benevolent Dictator: Empower Your Employees, Build Your Business and Outwit the Competition," has, once and for all, debunked the myth that the best leaders are consensus builders. Don’s interview with Feuer is posted here, but this excerpt from their conversation will give you an idea of where Feuer is coming from:

I can remember from my OfficeMax days, I loved the company except for three constituents: the employees, the customers, and the investors. Other than that, I had a great time every day of my life. But I know the IT guys would get so damn frustrated because they’d have to go through levels to get through the capital appropriations process. I happened to love IT, and I would sometimes just cut to the chase, bring in the thought leaders in a given project that needed money, and I’d say, “Tell me about it, explain to me what’s in it for us.” And then I’d say, “We’ll make it happen,” or “Don’t waste your time, we’re done.” When I’d say “Make it happen,” they were, of course, very pleased. When I said “Don’t waste your time,” they’d say, “Thanks,” because they’re not beating their heads against the wall, and they go do something else.

Sounds like the kind of leader every IT worker wishes he or she was working for, doesn’t it?

This slideshow features the seven tips Feuer has come up with to make decisions like a benevolent dictator. 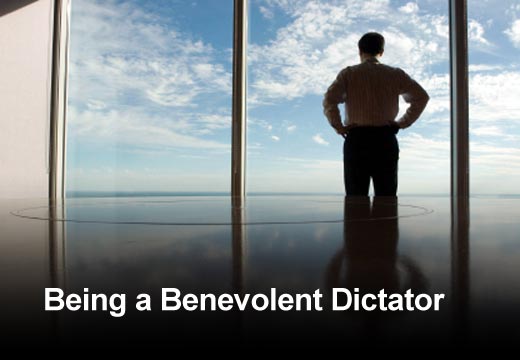 Click through for seven tips on becoming a benevolent dictator, provided by Michael Feuer, the co-found and longtime CEO of OfficeMax and author of "The Benevolent Dictator: Empower Your Employees, Build Your Business and Outwit the Competition." Being a leader in business is somewhat like being a commander on a battlefield — things are happening quickly, and many of them are outside your control. Generals and general managers are a lot alike. Neither group always has the luxury of going over every little detail or asking their people what they think should happen. They have to move fast. They have to think on their feet. To take advantage of a competitor’s weakness, you have to be able to move quickly, and you can’t do that if you spend too much time trying to figure out what every last person on the team thinks. 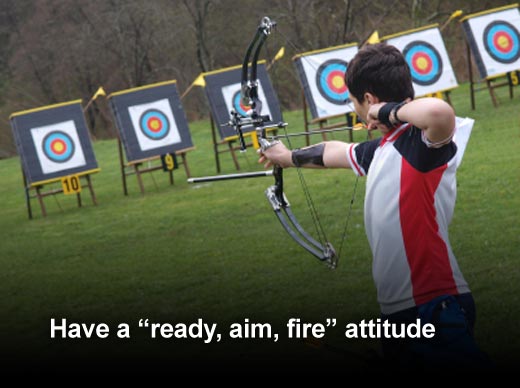 After OfficeMax’s first year, they’d actually grown nicely and were operating stores in Ohio, New York and Michigan. Better yet, they’d done so with no real casualties and just a few wounds. In hindsight, the key to that first year’s success was their ability to make on-the-run decisions rather than conduct lengthy analysis that would have meant waiting weeks — if not months — before taking the next step. Feuer was often forced to make decisions on the fly, even if he didn’t have as much information or understanding as he’d ideally like, and the dictator side of him was willing to take that risk. Along the way, he learned a few things that helped him make choices that were as smart and calculated as possible, given the circumstances. The smell test is one of the best tools to use if you aren’t positive about a decision. Essentially, that means if something doesn’t smell right to you, it most likely isn’t going to work, so take a pass. Sometimes when leaders must take the initiative to quickly put their decisions into practice, they feel like the schoolyard bully. But that’s where the benevolent side of your leadership must kick in. Feuer certainly appreciates the effect his decisions have on all of his constituents, starting with customers. Without them, of course, they wouldn’t have a business. A benevolent dictator style may sound autocratic at first, but when the emphasis is on the benevolent portion, meaning you’re doing what is right for the greater good, the odds for success move in your favor. Feuer also always made it clear to his employees how much he appreciated and valued them. During high-stress periods, he would explain, “You know the next few days are critical for us, so if I ask for something, infer that I said ‘please,’ and when you do it, know that I mean ‘thank you.’” People are willing to do just about anything for their leaders as long as the leader is honest about his intentions and avoids falling back on an excuse for why he wasn’t able to use an employee’s idea or ask for others’ opinions on a certain decision. OfficeMax was moving so fast in the early days that most of Feuer’s team members accepted the ground rules that came along with his being a benevolent dictator. They understood that it meant that there would be situations where he couldn’t open a decision up for debate or when he would have to rein in a discussion. Most of them appreciated this directness because they respected and understood that they needed to forge ahead quickly. 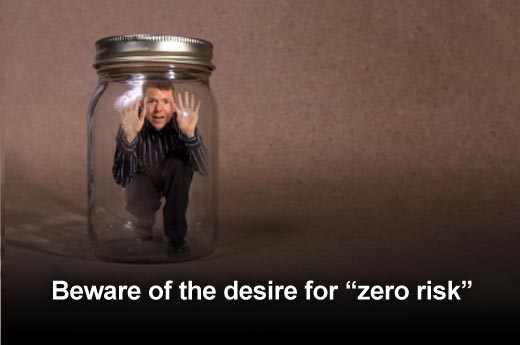 Yes, analyzing data and making informed decisions is good. The problems start when analysis is used as a crutch or to avoid pulling the trigger. You begin second-guessing yourself and giving more and more thought to “what ifs,” and before you know it, you’ve lost the use of speed as a competitive advantage. The team becomes terrified to move forward, and all involved find themselves playing out woulda-coulda-shoulda scenarios. Some entrepreneurs and business leaders get stuck in analysis paralysis and consensus building in an attempt to have zero risk. But since you’ll never be 100 percent guaranteed to succeed, you’ll be stuck studying, researching and consensus-building in a circular fashion. At that point, analysis will become an excuse for continued delays and can doom a project from ever getting off the ground. Remember that you must always be moving forward — there’s no such thing as a pause button or instant replay in business. 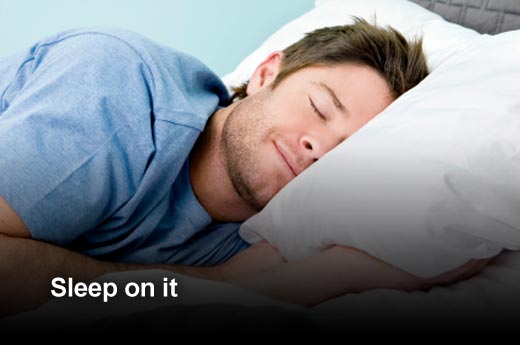 There will of course be decisions in your entrepreneurial career that require analysis and deep thinking. Often, the best way to work out these problems is to put your subconscious to work. Soon after launching OfficeMax, Feuer started thinking about some of his biggest challenges right before going to bed. He had read a lot about subconscious and subliminal thinking, and had determined that if he focused on a problem, his subconscious would help him come up with plans A, B, and C. Amazingly, he would wake up after four or five hours of sleep and presto — he would have answers (or at least possible answers) to the problems he had been pondering when he went to bed. Doing this allowed him to hit the ground running every morning. When you do what is right for the company, not just to please this or that group, then you’re halfway there in making your undertaking work. At all costs, avoid making decisions based on how they will affect the “us” or “them” groups in the company. Sure, some in the “us” camp will disrespect you, and many of the “thems” will dis you at every turn. Others will refuse to utter your name. But rest easy. You made your decisions for the greater good and love of the company. All things being equal, you will not only survive, but also succeed. Decisions aren’t supposed to be easy, especially for leaders. Business is not a popularity contest. To make your move, you must listen and learn. Always study the consequences of your decisions from all perspectives — short-term, intermediate-term, and long-term — but learn to do so quickly and effectively. As time goes by, you’ll become better and more comfortable with making smart decisions.