TRUSTe®, a leading global provider of online privacy management solutions, recently released its 2013 U.S. Consumer Confidence Index, which shows that a high proportion of U.S adults aged 18 and older remain worried about their privacy online, and user mistrust and the potential impact on business are growing. The research also shows 72 percent of smartphone users say they are more concerned about privacy on their smartphone than they were one year ago, and 81 percent of smartphone users say they are avoiding applications that they don’t believe protect their privacy. 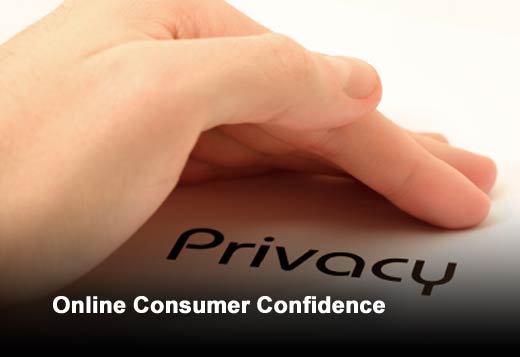 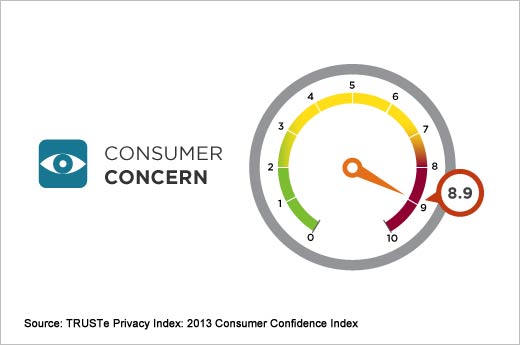 Consumer concern remains high in 2013. 89 percent of U.S. adults worry about their privacy online, down slightly from 90 percent in 2012. 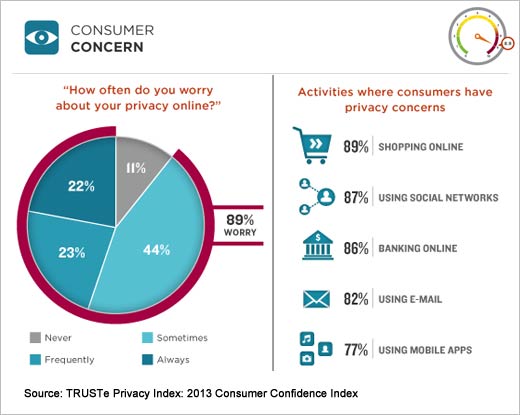 When U.S. online adults were asked in more detail about different types of activities that they are concerned about, online shopping and using social networks topped the list of U.S. online privacy concerns. Specific findings include: 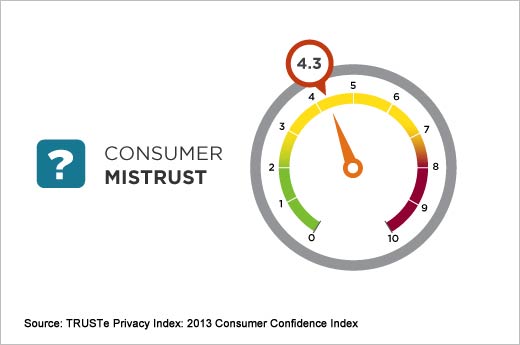 Consumer mistrust increased in 2013. 43 percent of U.S. adults do not trust businesses with their personal information, up from 41 percent in 2012. 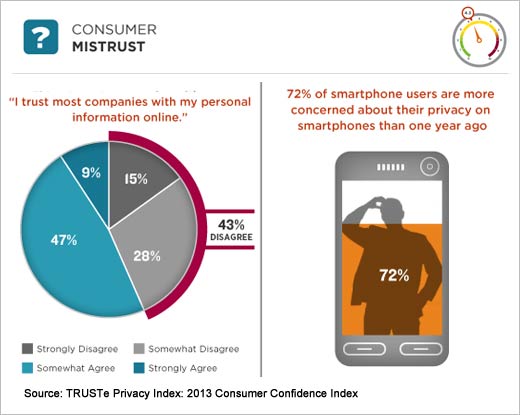 “With e-commerce booming, and mobile phones predicted to overtake PCs as the most popular way to get online, it’s clear that mobile privacy is the latest hot issue for consumers and legislators alike,” said Chris Babel, CEO of TRUSTe. 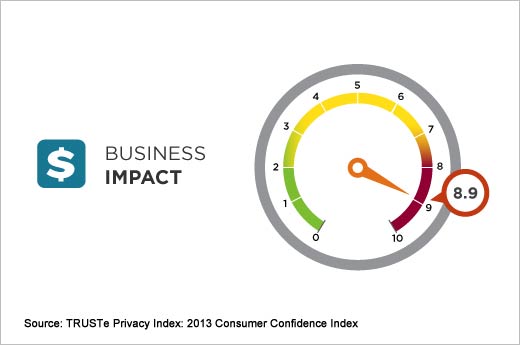 Business impact remains high in 2013. 89 percent of U.S. adults say they avoid companies that do not protect their privacy, up from 88 percent in 2012. Eighty-one percent of smartphone users say they are avoiding applications that they don’t believe protect their privacy.