How to Promote a Strong Cybersecurity Culture Year-Round

Now that the open source OpenStack management framework is increasingly being deployed in production environments, more attention is starting to be paid to actually securing it. Boris Renski, chief marketing officer for Mirantis, says that as part of an ongoing effort to address “Day Two” issues associated with deploying OpenStack in a production environment, Mirantis is partnering with Palo Alto Networks to create and manage a virtual instance of a firewall that is deployed as a virtual network function (VNF) within an OpenStack environment.

As far as an IT organization is concerned, Renski says OpenStack views the VNF that Palo Alto Networks has developed to deploy its firewall like any other piece of software that can be managed via the OpenStack App Catalog. Renski notes that the firewall itself becomes a lot simpler to deploy and update on an ongoing basis, part of an overall effort to operationalize security in an OpenStack environment.

Going forward, Renski says, Mirantis in an 8.0 release of its software will address other management and security issues such as logging, monitoring and alerts. In the meantime, Renski says IT organizations should begin to look forward toward the benefits of using VNFs to replace a broad range of physical appliances starting with the firewall. 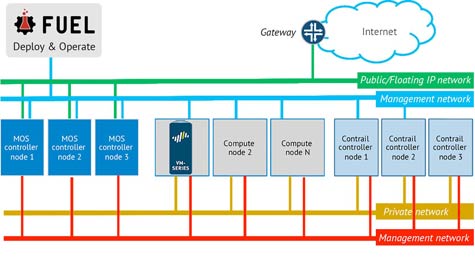 Obviously, OpenStack itself is not mature enough to be employed by just any IT organization. But in the last year enough significant strides have been made to drive adoption of OpenStack as a framework for managing so-called “cloud native” applications. The degree to which IT organizations will adopt OpenStack in the coming year will naturally vary. But as an open source framework for managing enterprise IT environments, the cost of OpenStack from a software licensing perspective is clearly hard to ignore.