Microsoft released the final version of Internet Explorer 9 (IE9) recently with the proclamation that “Fast is now beautiful.” Perhaps you are on the verge of upgrading but have lingering doubts about the enhancements that IE9 offers over prior versions of the Internet Explorer (IE) browser. To help you along, Paul Mah has compiled a list of features in IE9 that he feels make it worth taking the leap.

Once you are ready, you can download IE9 from the official site here. 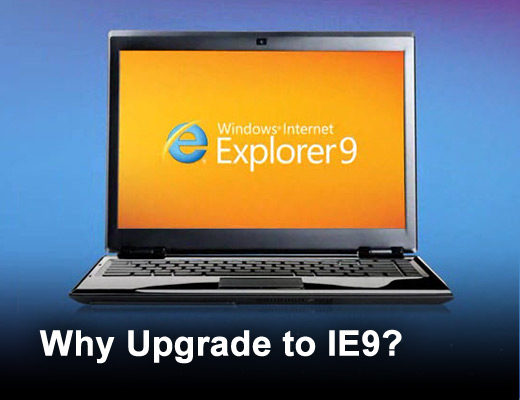 Click through for eight reasons Paul Mah has identified for upgrading to Internet Explorer 9. While earlier versions of the IE browser are notoriously insecure, recent iterations of IE have grown by leaps and bounds on the security front. In fact, it took three separate exploits chained together to bring IE8 onto its knees at the Pwn2Own 2011 contest. Well, IE9 is Microsoft’s most secure browser yet, and Microsoft has gone on the record saying that IE9 is not vulnerable to the same exploit that broke IE8. IE9 taps into the graphics processor to help graphics and video load quicker, while the incorporation of a brand-new JavaScript engine means that complex Web applications perform faster. Ultimately, these enhancements translate into a swifter Web browsing experience for users. 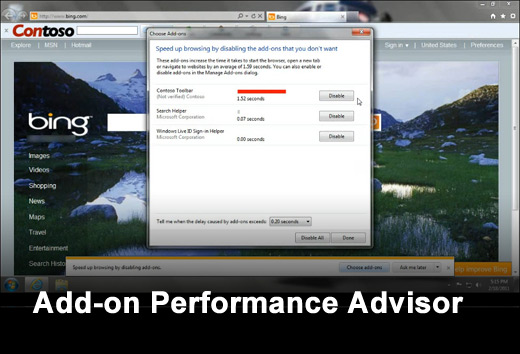 Power users will love the new Add-on Performance Advisor, which will sound the alarm when an add-on misbehaves and slows down the browser. Rather than suffer in silence, users are now empowered to make an informed decision to disable add-ons that are less useful or that are simply too slow. IE9 has taken a hint from its competitors, and now incorporates much better tab management. One enhancement on this front is the ability to perform tab tearing, where users can drag a tab into a new Window seamlessly. For example, a YouTube video will continue playing while you drag tabs. 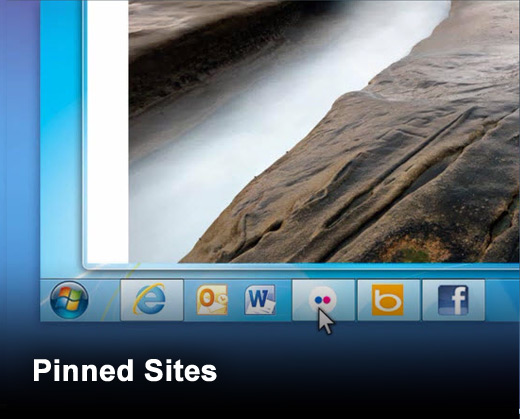 While detractors might argue that Microsoft has yet to truly succeed, there is no doubt that the Redmond-based software giant has been working hard to up its standard compliance. Rather than lagging far behind, tests conducted at the end of 2010 have shown IE9 beta to offer fairly credible performance. Detailed comparisons and tests will no doubt appear soon, but suffice it to say, IE9 is unlikely to break your site. IE9 sports a cleaner and leaner interface that maximizes screen real-estate for what truly matters: ample space for viewing Web pages. Among other tweaks, the address bar and search box are now combined into one new address bar, and the multiple menus of past IE browsers have been consolidated into a single menu. 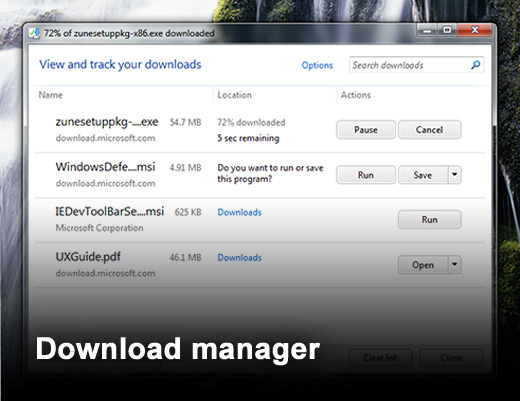 And leaving Paul’s favorite feature to last: IE9 finally does away with individual dialog boxes when downloading files from the Web. Having multiple dialog boxes floating around when downloading multiple files is not only irritating, it can also lead to the accidental cancellation of downloads. Well, the new download manager makes it possible for the status of downloads to be monitored from a single location.