How Can We Fix the Fake News Problem?

“Fake news is in the eye of the beholder; what is promotional or opinionated to one is downright false to another,” said Chris Olson, CEO of The Media Trust.

Fake news has been around for a long time, in one form or another, but in 2016, it roared to life as clickbait, made-up articles and phony websites proliferated in social media. It helped shape the presidential election. As NPR reported, for example, Twitter bots spread fake news that was repeatedly retweeted and shared, including by Donald Trump.

Is fake news a security issue? Some say yes, as it is can be used as a social engineering tool to spread disinformation and conceivably to get unsuspecting users to click on malicious links.

“In today’s digital economy,” Olson said, “consumers demand a malware-free, private and non-intrusive experience. Media publishers and social platforms are addressing these demands by adopting security, data protection and performance standards. What’s more important is that they are enforcing these standards with the multitude of upstream partners involved in rendering content and directly affecting the overall user experience.”

Platforms like Facebook, Twitter and Google are taking the right steps, Josh Ginsberg, CEO and co-founder with Zignal Labs added. “They’ve offered in-product resources for users to help them and partnered with independent fact-checking organizations to help flag disputed content. But weeding out fake news requires a combination of factors, with data and analytics playing a key role.”

What is the state of fake news on social media and what is being done to combat it? How Can We Fix the Fake News Problem?

Is fake news a security issue? Some say yes, as it can be used as a social engineering tool to spread disinformation and conceivably to get unsuspecting users to click on malicious links. According to data analysis from SHIFT Communications, 97 percent of fake news is shared on Facebook. And users are sharing it a lot. Even though SHIFT Communications found that fake news occupies only 0.1 percent of the total news streaming in social media in any given month, it is shared 50 percent more than real news – and the vast majority (96 percent) are sharing the fake news based on headlines, not because they read the piece. The fake news is also able to get around spam filters in SEO algorithms because of the short article length. How are social media sites stopping access for sites and companies that are known as providers of fake news in general? According to Frank Picarello, COO of TeamLogic IT, the smart social site companies use a combination of human eyes, technology and pattern recognition along with taking full accountability for fake news that makes it on their site. This means quickly removing fake news and providing an apology and clarification quickly. 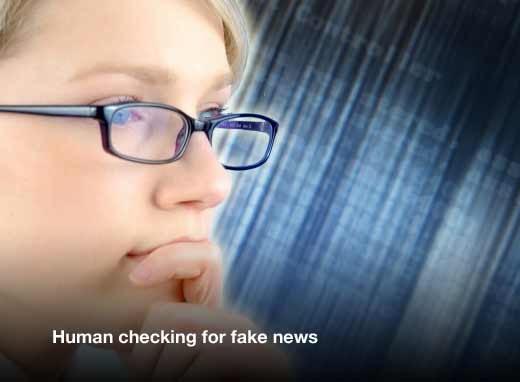 Many of the social companies now employ people whose sole purpose is to scour their sites for fake news and take action. Some companies use tools to search for algorithmic patterns for companies or organizations that are spreading fake news, said Picarello. This can include sources of fake news from brand-new sites and recurring patterns among sites. Because the bulk of fake news is shared on Facebook, the company’s efforts to combat its spread are being watched closely. In January, the Facebook Journalism Project was introduced as a “three-pronged approach aimed at providing training, products and tools for journalists and news consumers,” according to Poynter. In terms of fake news, the goal is, in part, to disrupt the financial incentives of spreading fake news and ranking updates to better identify fake news, clickbait, spam and other sensationalist pieces. “We want to empower people to identify misleading news content when they encounter it — on any platform,” Facebook reported on the six-month update of the project. 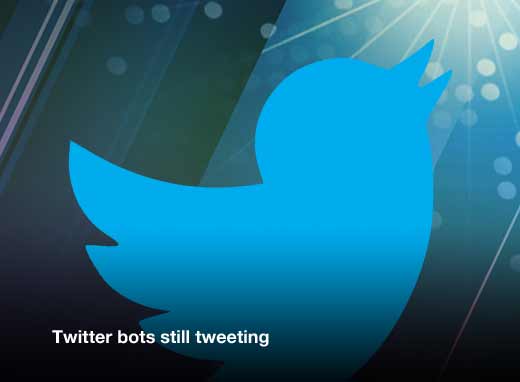 While Facebook is favored by the masses, Twitter is the social media of choice for the President and Russian hackers. According to The Hill, “A March counterintelligence report described Russians sending tweets containing malware to 10,000 Twitter users at the Department of Defense. If users clicked links in the messages, they were redirected to a Russian server that allowed hackers to take over the user’s phone or computer along with their Twitter account.” Twitter’s response is that it is working on mitigating the spread of false and malicious information, and its terms of service state that such behavior can get a user banned from the site. Google might not be a social media site, but the company did address the problem of fake news popping up to the top of its search algorithm. It now uses a fact-checking tool in its searches, and, as CNBC stated, “The search giant will not actually be doing the fact checking itself but instead will surface results from the likes of PolitiFact and Snopes.” Turning to AI and ML to combat fake news

In order to ensure the content is coming from a trustworthy source, traditional tools like authentication, penetration testing, and security audits just aren’t effective, said Matt Kollmorgen, VP of Digital Media at SoftServe. Instead, machine learning and artificial intelligence (ML and AI) may be the answer to sniffing out fake news. By leveraging machine learning and AI techniques, systems can be set up to identify potential fake news, which can then be flagged for human intervention or perform a quick index against trusted news sources for credibility validation. Machine learning can also start to build a score around news items to determine the level of credibility. No easy fix for fake news

In the end, the content that makes up fake news still has some connection to real news or an actual event. Can AI tell the difference between fake news and satire? Or fake news and an op-ed piece? “As much as social media platforms deserve increased scrutiny on how they are controlling the content that their users see on their feeds, the problem of effectively filtering fake news is even harder than it sounds, and there won’t be a silver bullet to solve this,” said Jeff Finn, CEO at zvelo. “It’ll really be by using a combination of page-level categorization, natural language processing, human review and expertise, and AI / machine learning, that platforms such as Facebook and Twitter will be on their way to effectively combat the fake news problem.”