Top 5 Places Your Enterprise Data Is at Risk

One of the things that holds back broader adoption of containers is security. Many IT organizations are inclined to use containers when developing applications, but most don’t have any real way to secure those containers in a production environment.

To address that issue, Aqua Security this week announced the general availability of the Aqua Container Security Platform. The platform wraps either Docker or Windows containers in a framework that continuously scans those containers and the images running on top of them, and also controls who can access the containers.

Given the size and ephemeral nature of containers, it wasn’t possible to create agents that would be attached to each container, says Rani Osnat, vice president of marketing for Aqua Security. Instead, the Aqua Container Security Platform plugs into the locally installed container registry system to secure the overall container environment. 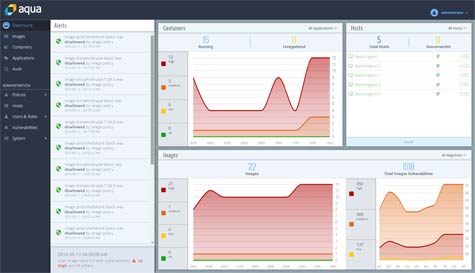 Osnat says that the Aqua Container Security Platform also includes support for a REST application programming interface that IT organizations can use to share data between the Aqua platform and, for example, a security information event management (SIEM) platform.

It’s simpler to build applications using containers, so there are soon going to be thousands of containers deployed across the enterprise. While that will certainly increase IT agility, Osnat notes, the attack surface that IT organizations will need to defend is about to get much bigger.